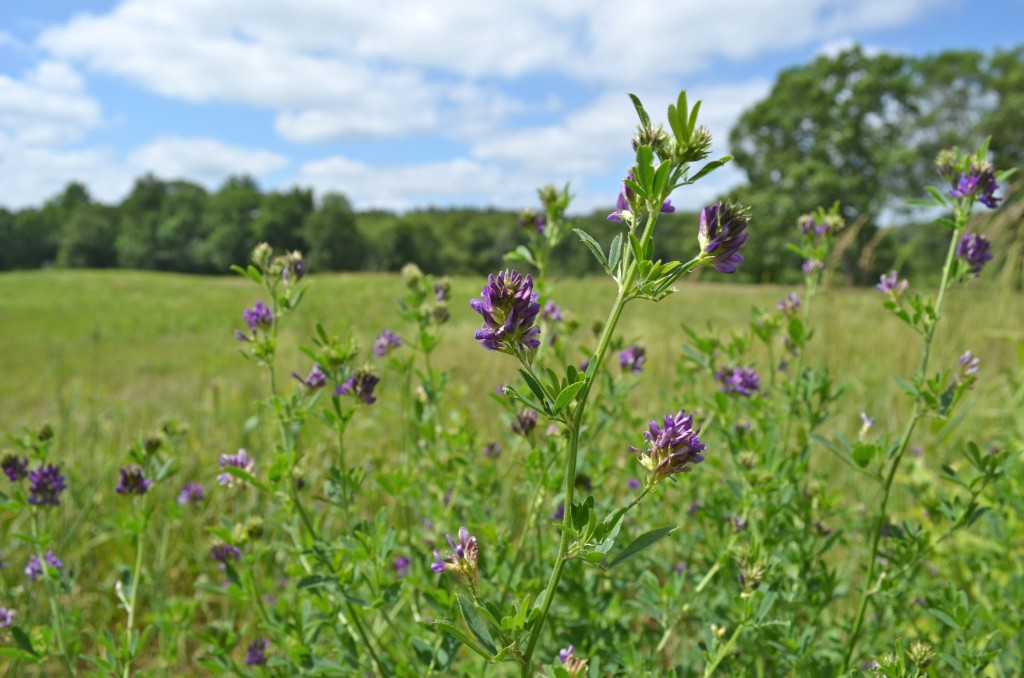 An important forage crop. The English name comes from the Spanish name alfalfez, which comes from the Arabic al-fisfisa, meaning fresh fodder. Has been cultivated since at least the 4th century AD. Was introduced to the Americas by the Spanish as fodder for their horses. It’s where alfalfa sprouts come from! Pea family.

Interesting note from Wikipedia: “Alfalfa pollination is somewhat problematic  because Western honey bees, the most commonly used pollinator, are not suitable for this purpose; the pollen-carrying keel of the alfalfa flower trips and strikes pollinating bees on the head, which helps transfer the pollen to the foraging bee. Western honey bees, however, do not like being struck in the head repeatedly and learn to defeat this action by drawing nectar from the side of the flower. The bees thus collect the nectar, but carry no pollen and so do not pollinate the next flower they visit.  Because older, experienced bees do not pollinate alfalfa well, most pollination is accomplished by young bees that have not yet learned the trick of robbing the flower without tripping the head-knocking keel. When western honey bees are used to pollinate alfalfa, the beekeeper stocks the field at a very high rate to maximize the number of young bees.”

Bonus picture: This is the scene where I photographed the alsike clover, the milkweed, the curly dock, the alfalfa, the pale swallowwort… This area used to be a dairy farm, and I understand that it was a common thing to plant a useful tree (in this case, a Shagbark Hickory) at the high point of your field, so that you would have a shady place to sit while you kept an eye on your herd or your flock (as demonstrated here, but he’s just watching Lucy). 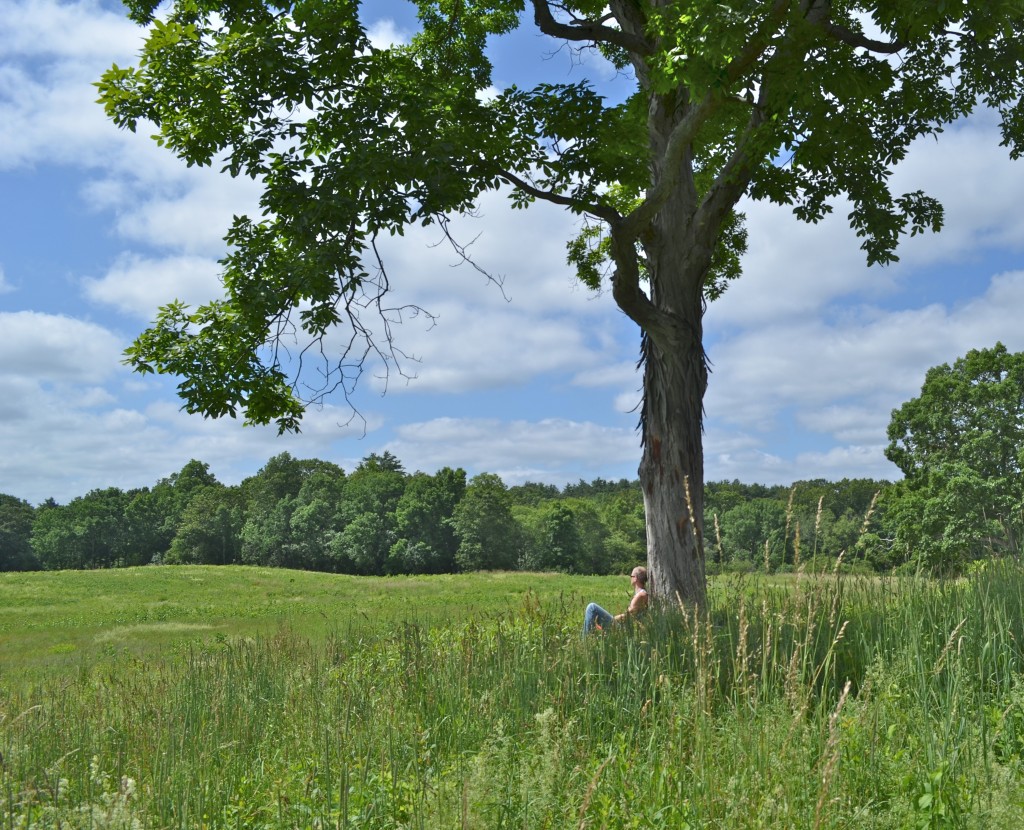