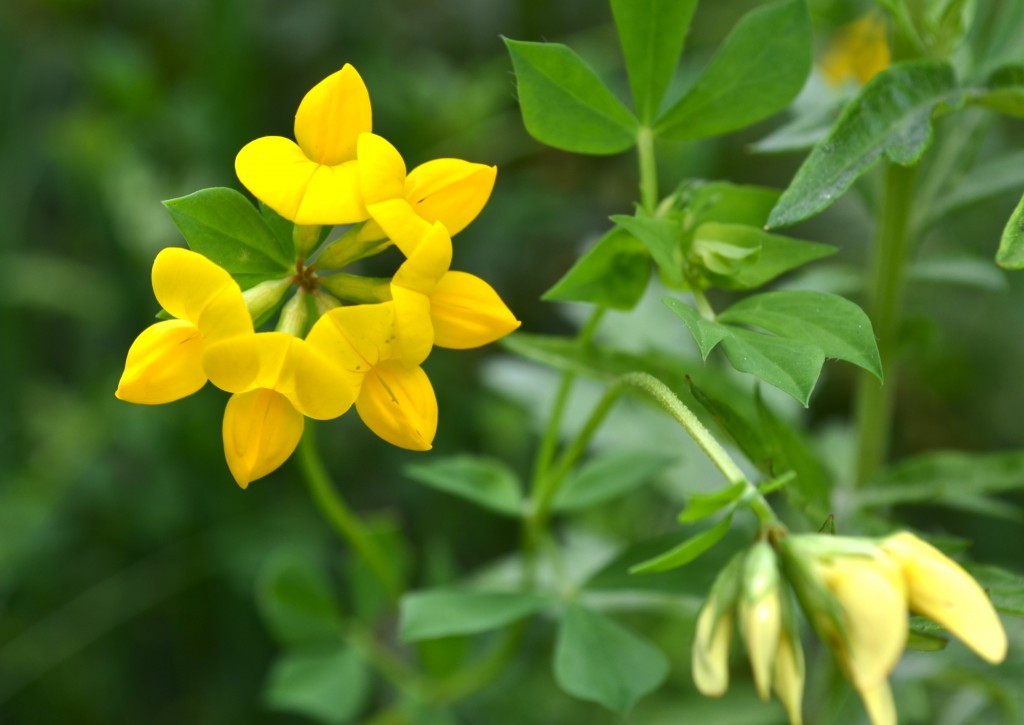 First described in Europe in 1597. Use as a cultivated species noted about 1900. Now a valuable forage crop, but considered invasive in some states. “Bloat is no problem and palatability is fairly high.” — that’s the sort of thing it says on agriculture sites. Bird’s Foot refers to the look of the seed pods… so we’ll find out about that later. Poisonous to humans. This is one of the few plants that have a negative meaning in the language of flowers; it’s associated with revenge!