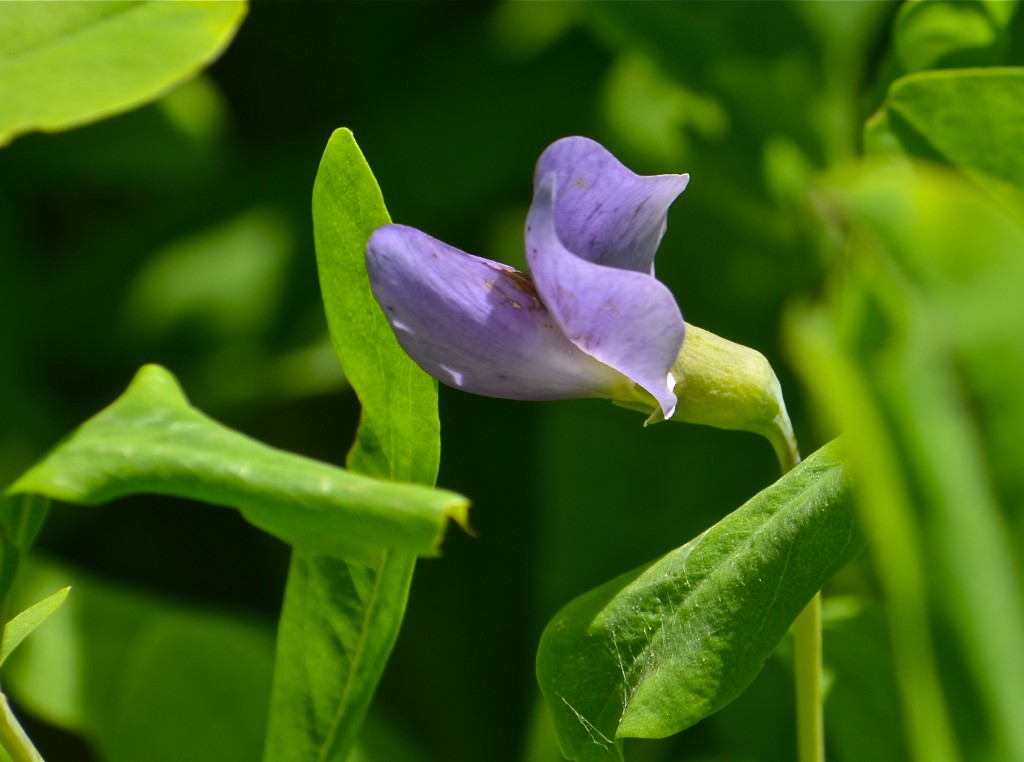 In the Native American garden at Elm Bank. Was grown in early American gardens for making blue dye as a substitute for expensive imported indigo dye. Cherokees used it to make blue dye also. The Osage made an eyewash from the plant. It’s called Blue False Indigo because of its use as a substitute for the Indigo plant which is superior for dye-making. Native to North America, introduced to Britain by 1724. Pea family.