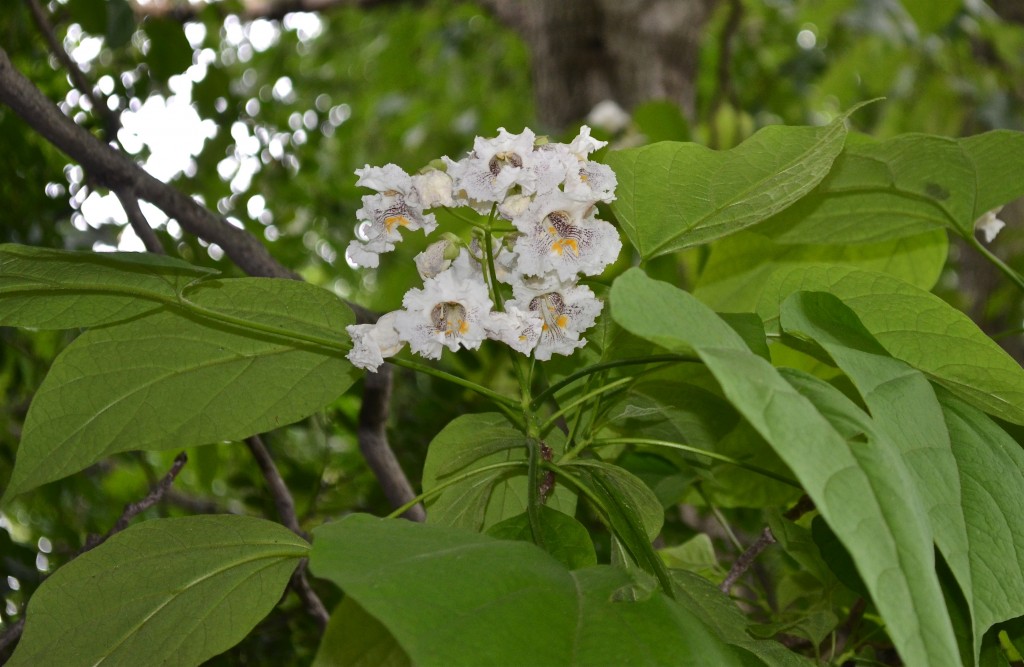 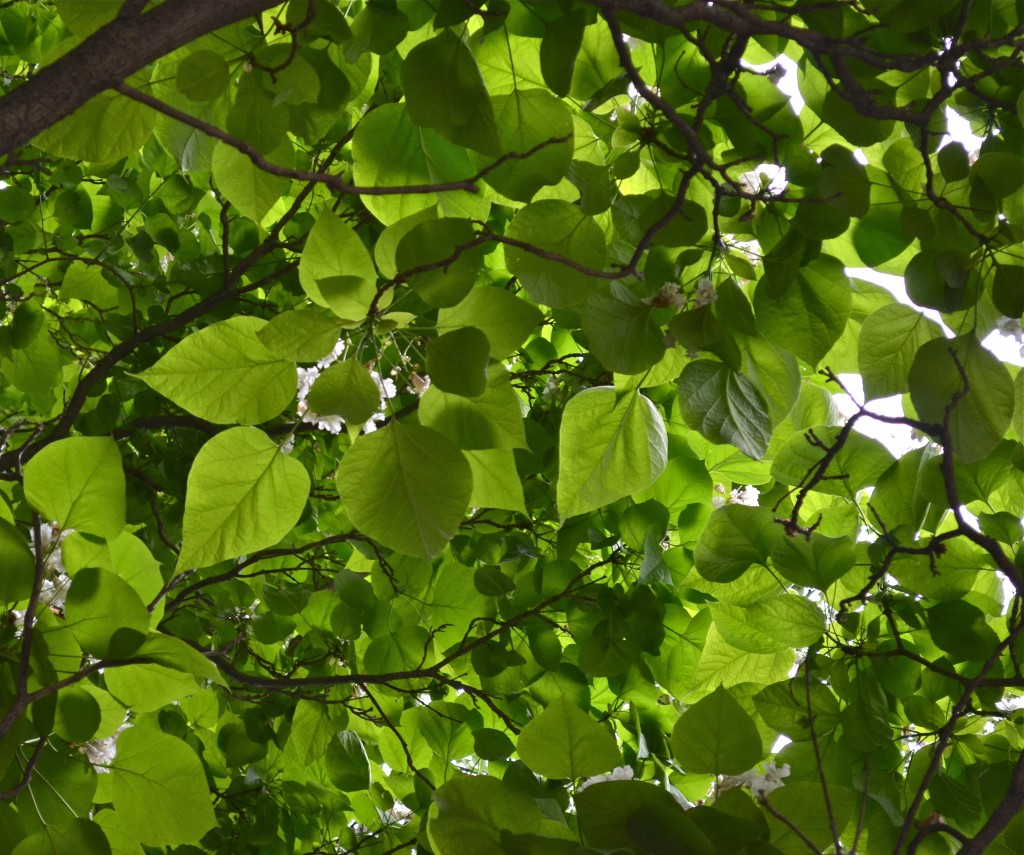 A deciduous tree with big heart-shaped leaves and showy clusters of white orchid-like flowers. In the fall will have foot-long brown seed pods. Native. It’s planted as an ornamental, but I kept seeing them in weedy places where they obviously arrived on their own, so I’ve counted them here as wild blooms.

From Wikipedia: The name derives from the Catawba Native American name catawba for these trees (the tribal totem), with the spelling catalpa being due to a transcription error on the part of the describing botanist (Scopoli) making the first formal scientific description of the genus. The rules of botanical naming state that the spelling used in the formal scientific description has to be retained for the scientific name. The name in vernacular use has very largely (though not completely) followed Scopoli’s erroneous transcription, with catawba still in use in some areas of the United States, most particularly within the trees’ native range.

The bean-like seed pod is the origin of the alternative vernacular names Indian bean tree and cigar tree for Catalpa bignonioides and Catalpa speciosa, respectively.