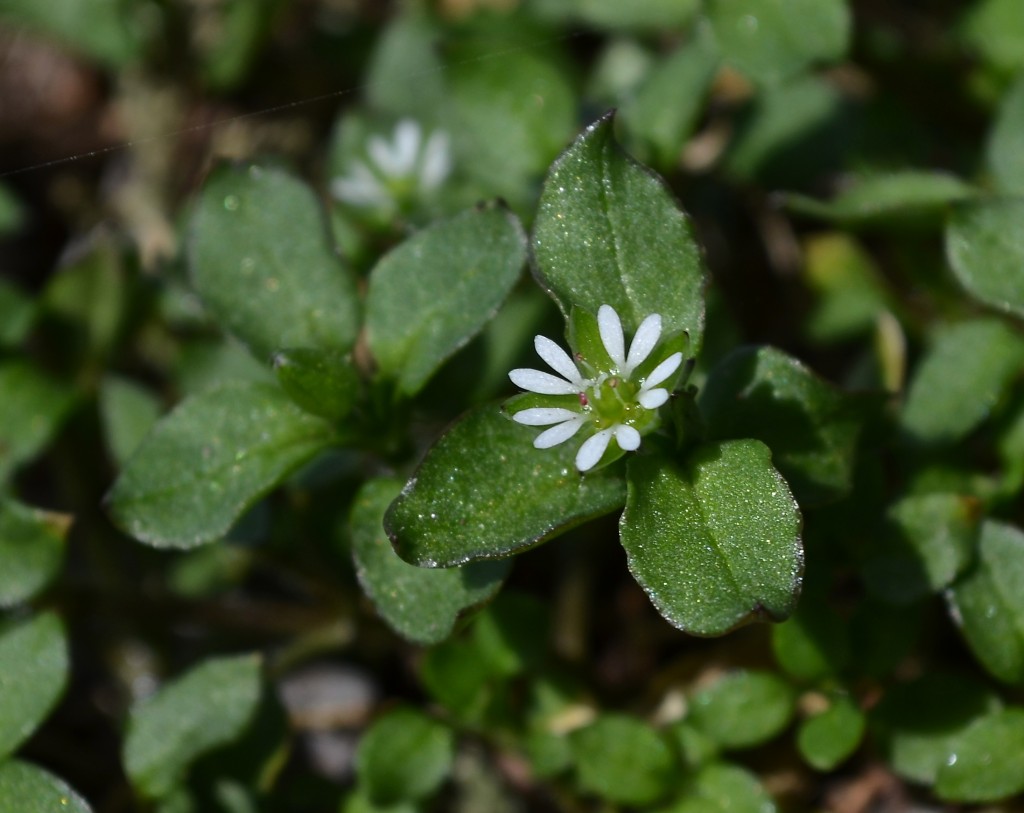 Tiny… and the first wildflower I’ve spotted since the Skunk Cabbage. You can see it has five deeply-notched petals, so it looks like ten cute white bunny ears, as the botanists say. Non-native and somewhat invasive. Alert Flowerophile Donna points out: “I was just looking at last year’s entries … Definitely chickweed, creeping charlie and marsh marigolds. .. The thing was the DATES … All I’ve mentioned you have listed as appearing last year in March … The chickweed, if I remember right, was March 19th!  Of course, I’m pretty sure there was SNOW on the ground this year on the 19th of March. I am going to be very interested to see if the dates continue to be a few weeks off or whether they somehow “catch up.”  I guess I’m telling you this in order to memorialize my interest in the sequence of the flowers appearance…”