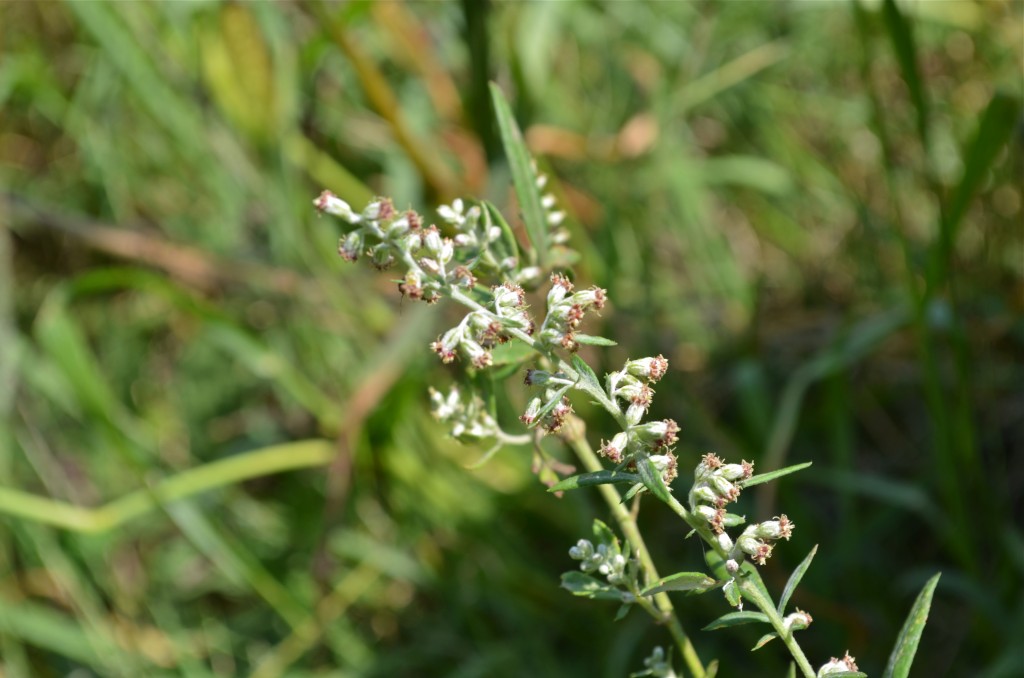 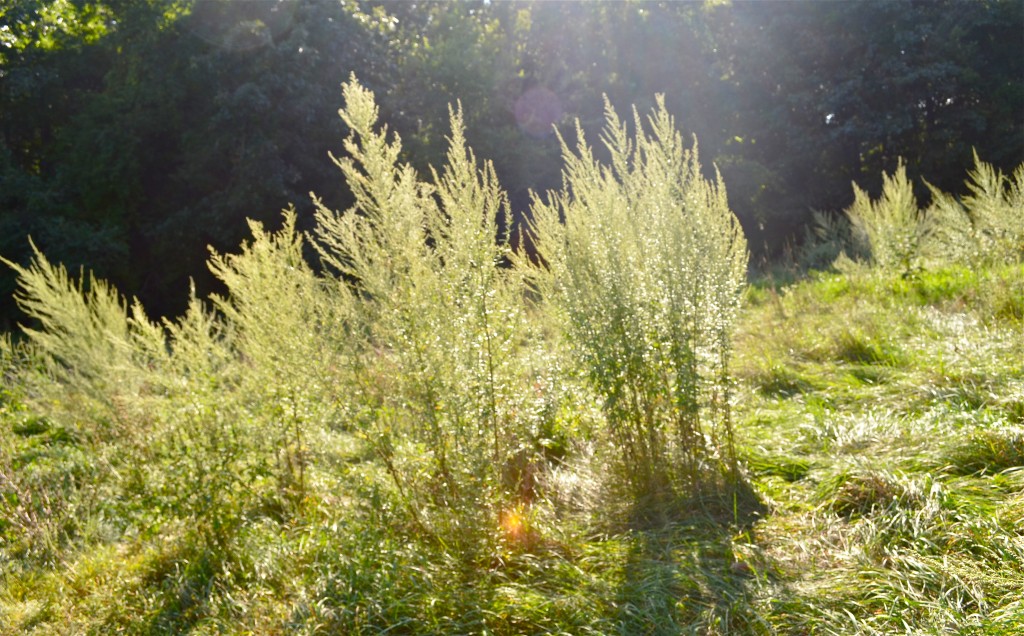 A tall bushy, silvery plant that is growing in all the open meadows now. It’s prominent around the lower meadow at Centennial (along with pigweed and ragweed). The leaves remind me of rosemary. They’re green above and silvery underneath, aromatic. Mugwort has been used to flavor drinks since the Iron Age. (How do they know that?) Also used in food, herbal medicine, for smoking, for magical protection against evil spirits and wild animals, and to repel moths from gardens. Roman soldiers lined their sandals with mugwort to ward off fatigue. Mugwort pollen is a major source of hay fever. Native to Europe, Asia, Africa and Alaska.