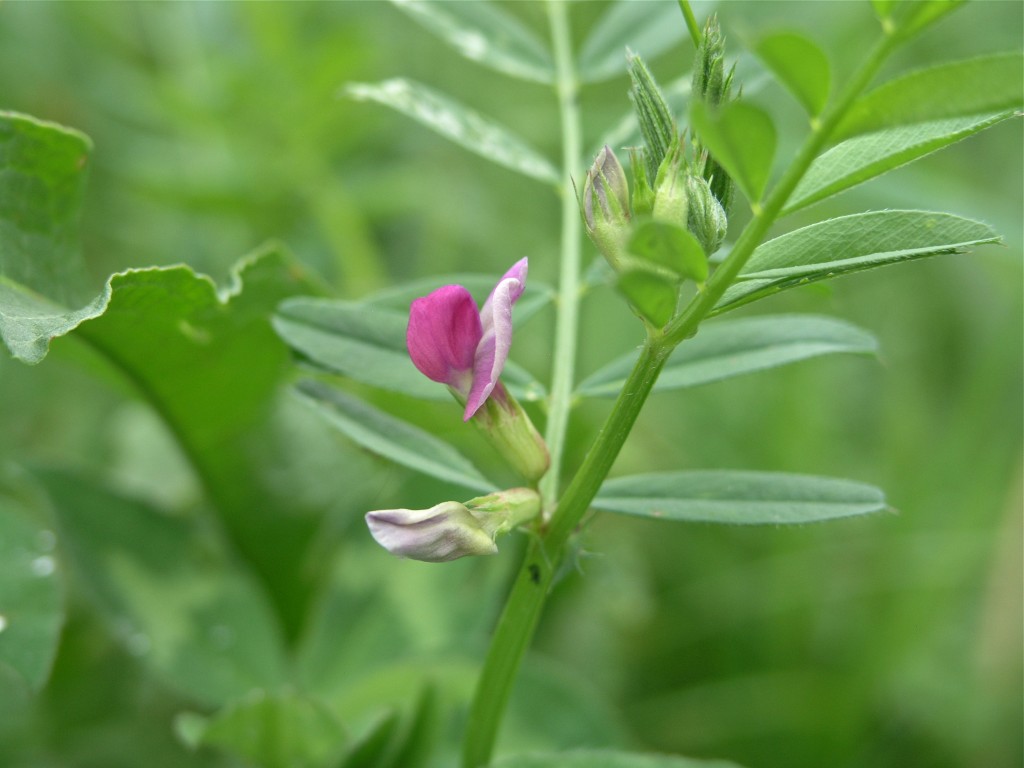 Common vetch makes high quality hay! But “bloat is a risk.” I think there are about three kinds of vetch at Centennial. We’ll see. Common vetch has been part of the human diet — as evidenced by carbonized remains at early Neolithic sites in Syria, Turkey, and several other countries. Pea family.