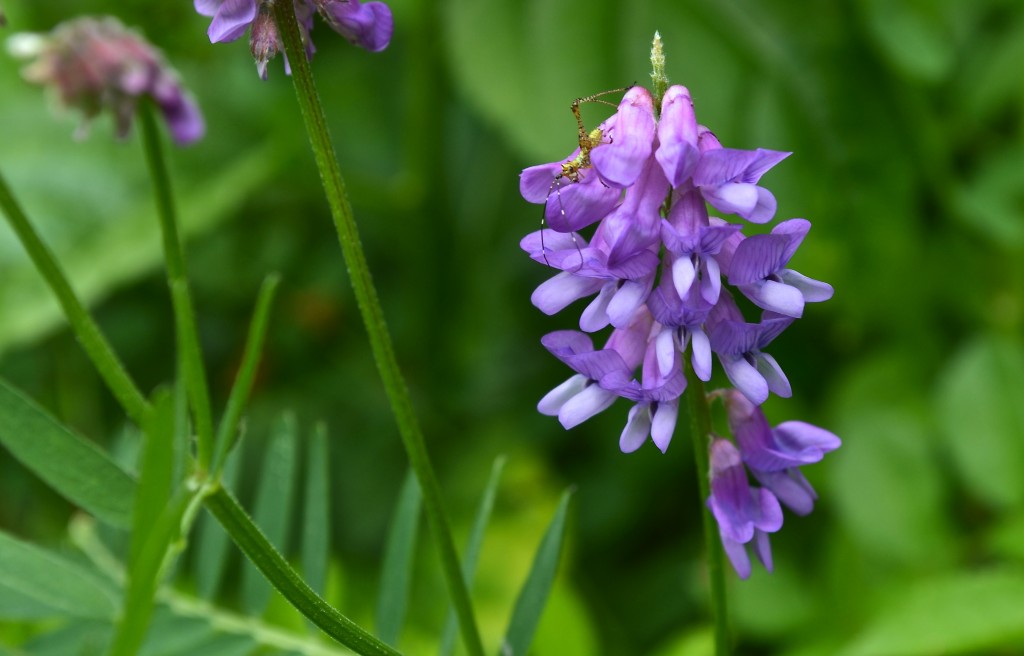 Okay, locally we have at least three kinds of vetch to keep straight. This is cow vetch, and the other two are common vetch (which is magenta and looks like a sweet pea) and crown vetch (pale pink and shaped like a crown). This is similar to a pea in habit, with tendrils that fasten on to (and can strangle) other plants. Widely used as forage for cattle. Pea family. Origin: Eurasia.