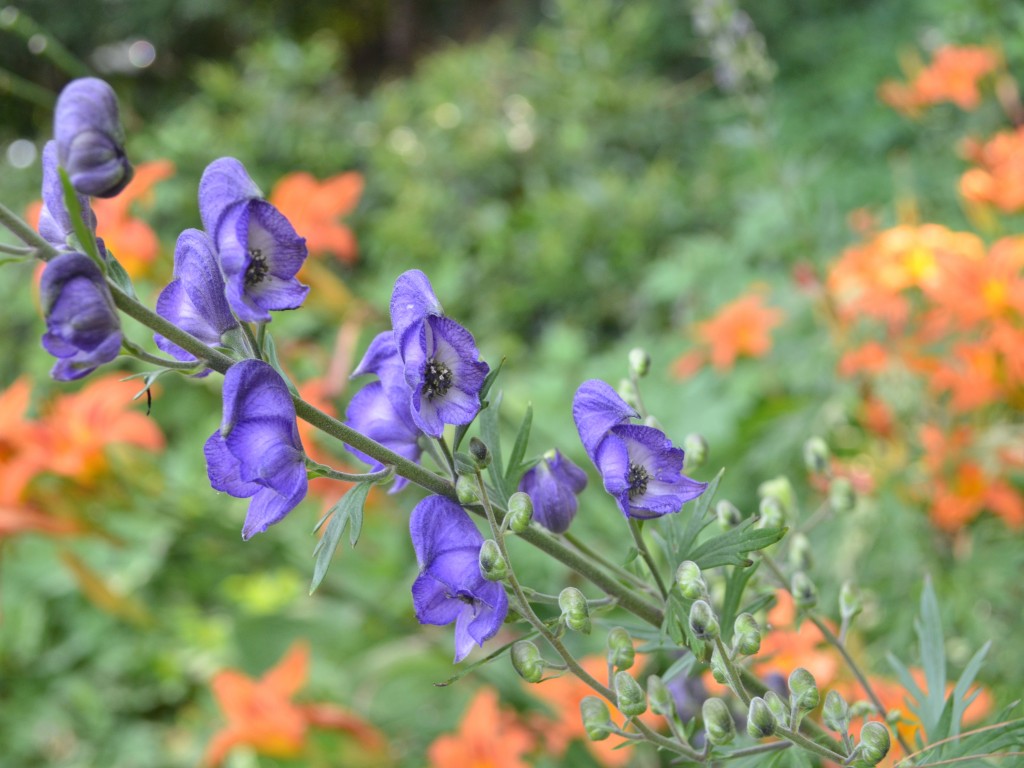 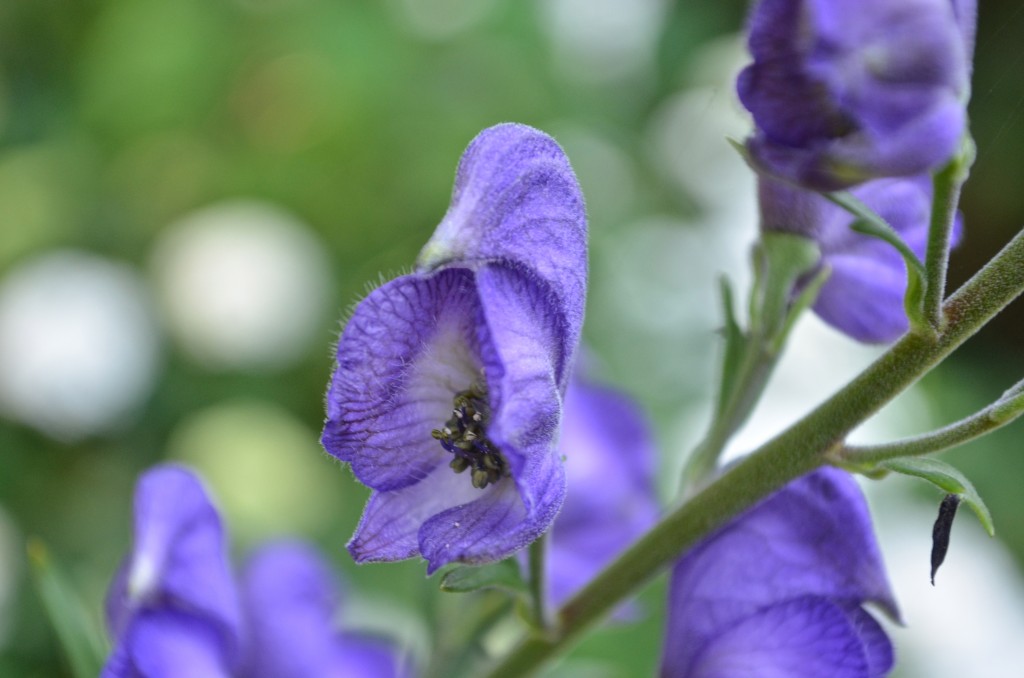 This is considered a wildflower, but I have not yet seen it in the wild. (This is my yard.) This is a very toxic plant and has been used for murders for centuries (the Roman emperor Claudius is thought to have been assassinated by his own doctor with a draught of monkshood)! (A British woman was convicted in 2010 of killing her lover with a curry laced with monkshood.) Also was used for killing wolves and rabid dogs. Used to create poison for arrow tips for hunting and warfare. If you touch your lip to the root, the juice will cause numbness and tingling! Wear gloves to pick the leaves! The name Aconitum means “without struggle.” Ominous! From Wikipedia: “In his first potions class, Harry Potter is mocked by Severus Snape for not knowing that monkshood, wolfsbane, and aconite are the same plant, in an attempt to humiliate him.” Buttercup family.