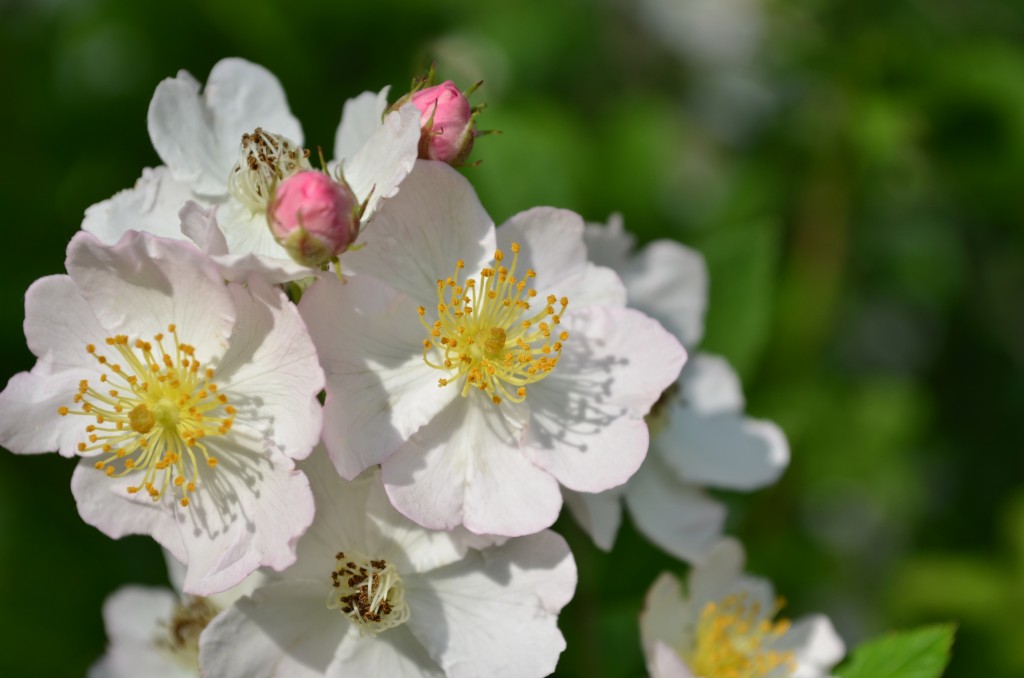 Was introduced to the eastern U.S. in 1866 as rootstock for ornamental roses. Then was widely used as living fences, for erosion control, etc. til it became considered a pest in natural ecosystems. Hm. Designated a noxious weed in several states. The fruits (hips) are eaten by many kinds of birds. Beautiful.