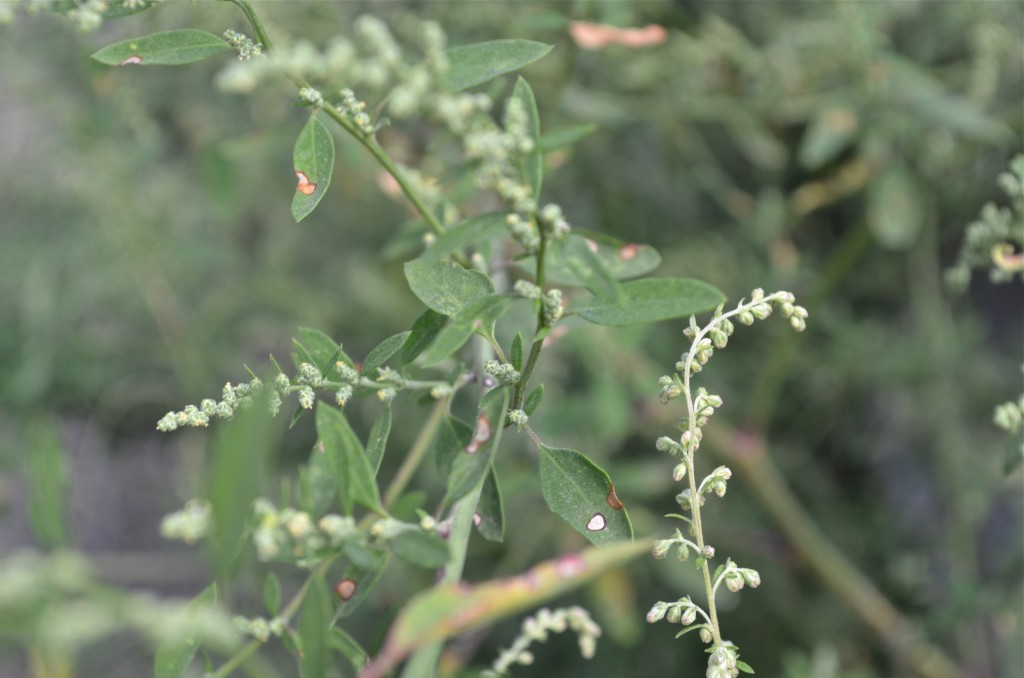 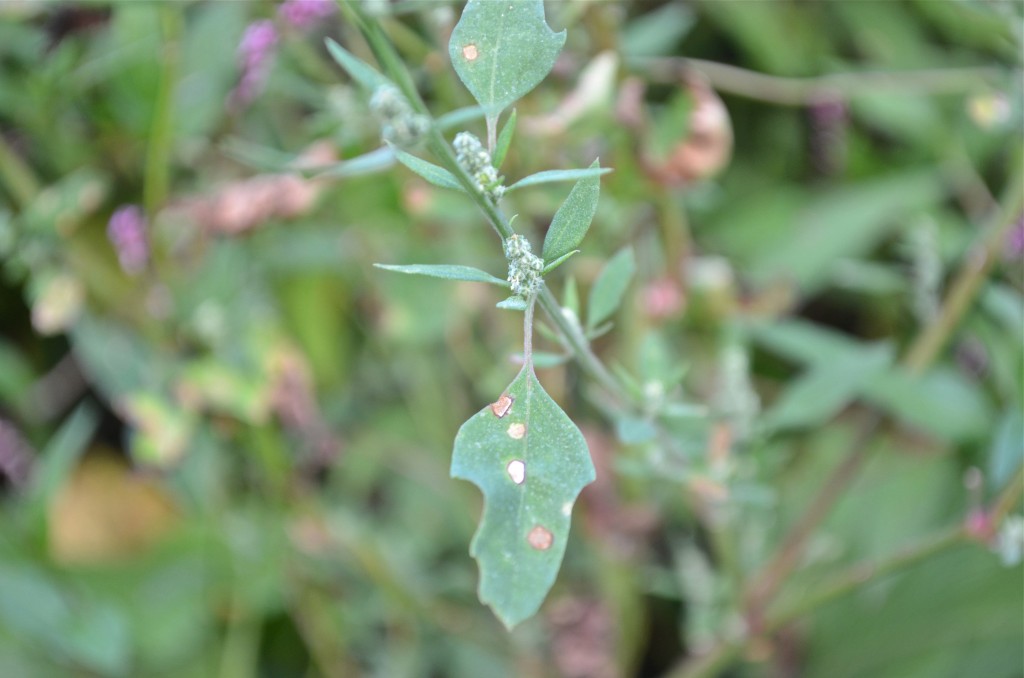 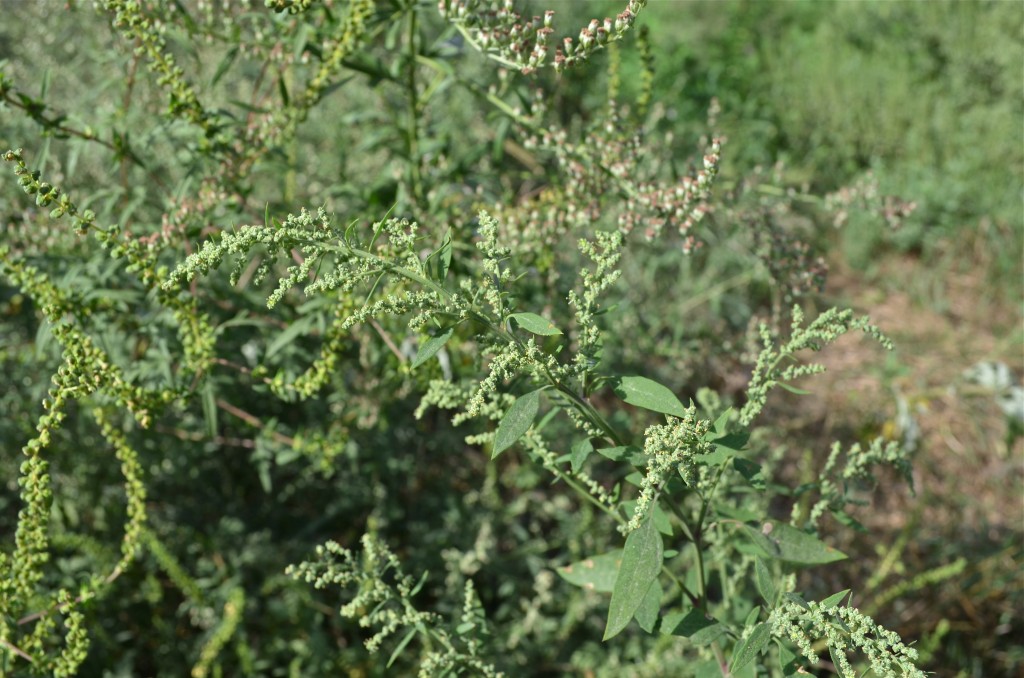 I realize this is a lot of not very pretty pictures in a row. Pigweed, ragweed and mugwort are the main big bushy plants near the parking lot at Centennial. They look kind of pretty really, feathery and tall. The top two pics are pigweed, and the last photo shows pigweed in the front, ragweed on the left, and mugwort behind. Pigweed is cultivated in Asia as a food crop for people and livestock. Can be up to 9 feet tall. Wikipedia: “archeologists analysing carbonized plant remains found in storage pits and ovens at Iron Age and Roman sites in Europe have found its seeds mixed with conventional grains and even inside the stomachs of Danish bog bodies.” Native to Europe but widely distributed. Amaranthaceae family.
Pigweed, Lamb’s Quarters, Goosefoot (Chenopodium album)