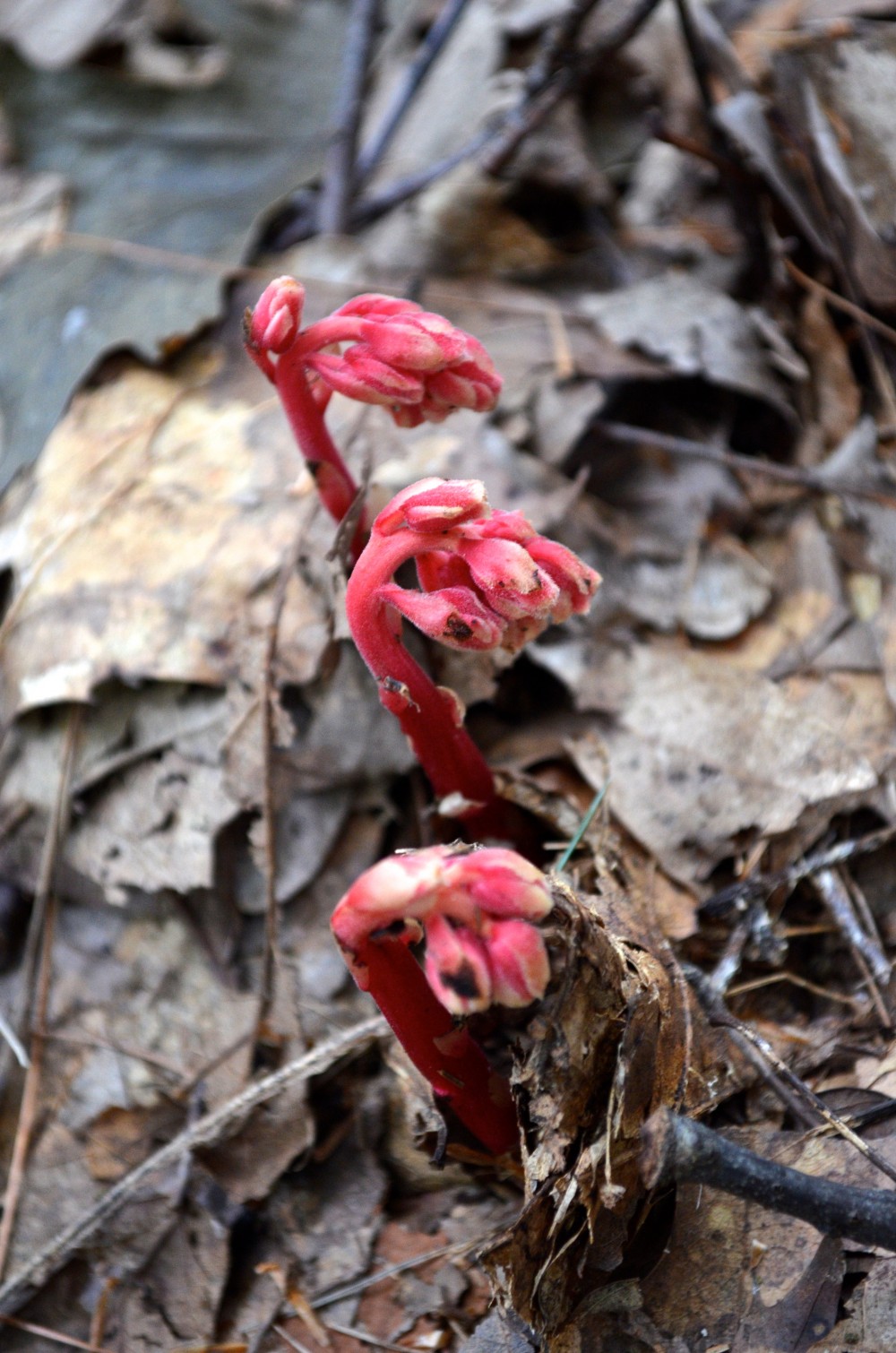 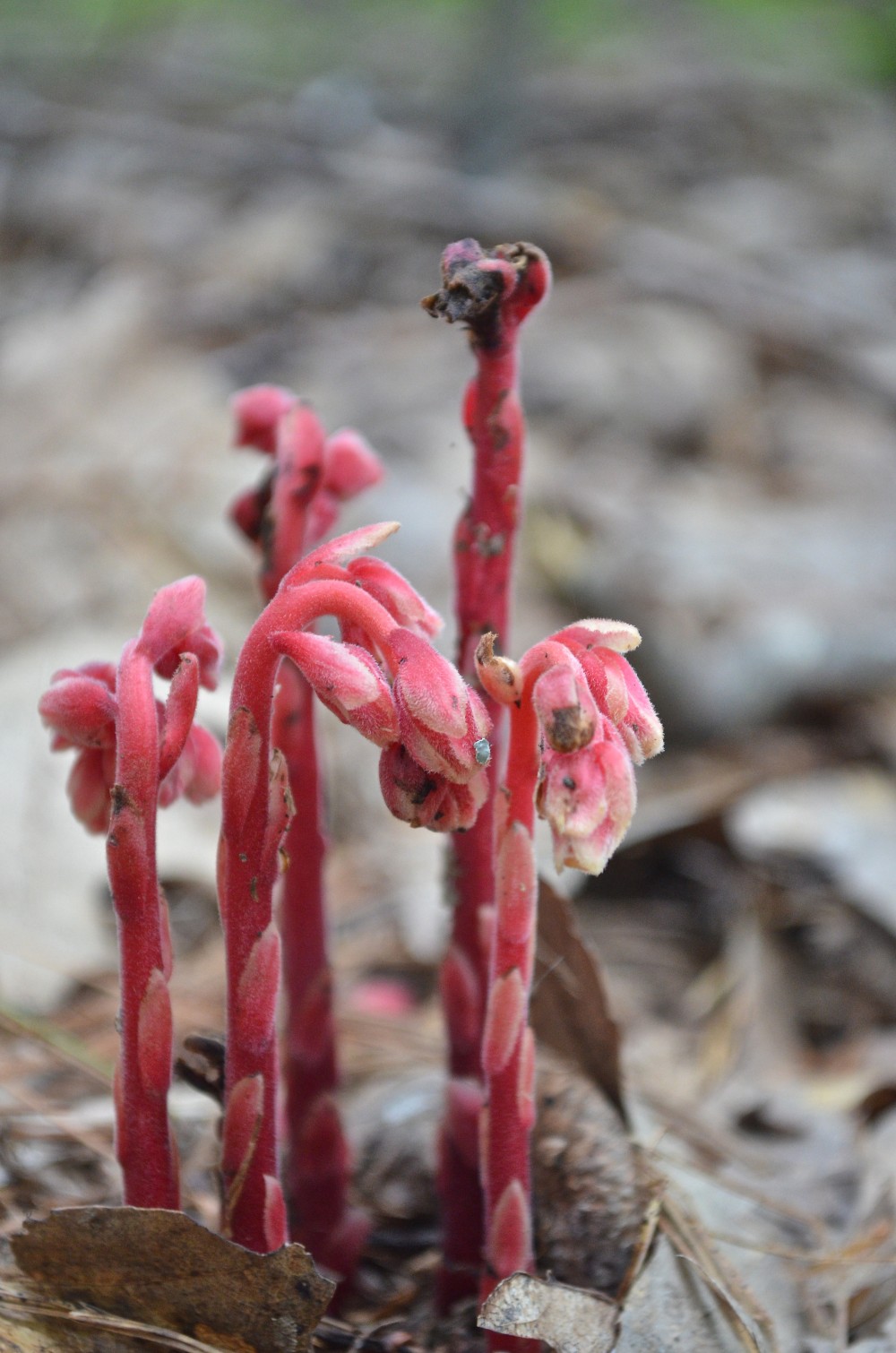 The most exciting new wildflower discovery in a long time! A bit of shocking pink among the September leaf litter. Kudos to AF Brian for spotting it first. It’s very like Indian Pipe, but this wonderful color, and it’s rare. It’s a mycotrophic flower — it has no chlorophyll and gets its nutrition from host green plants like a fungus. But instead of being a direct parasite on the host roots, it taps into an intermediary fungus on the roots of the host. Unlike a fungus, it does flower and bear seeds. Can be 12 inches high! Native. Pyrola family.