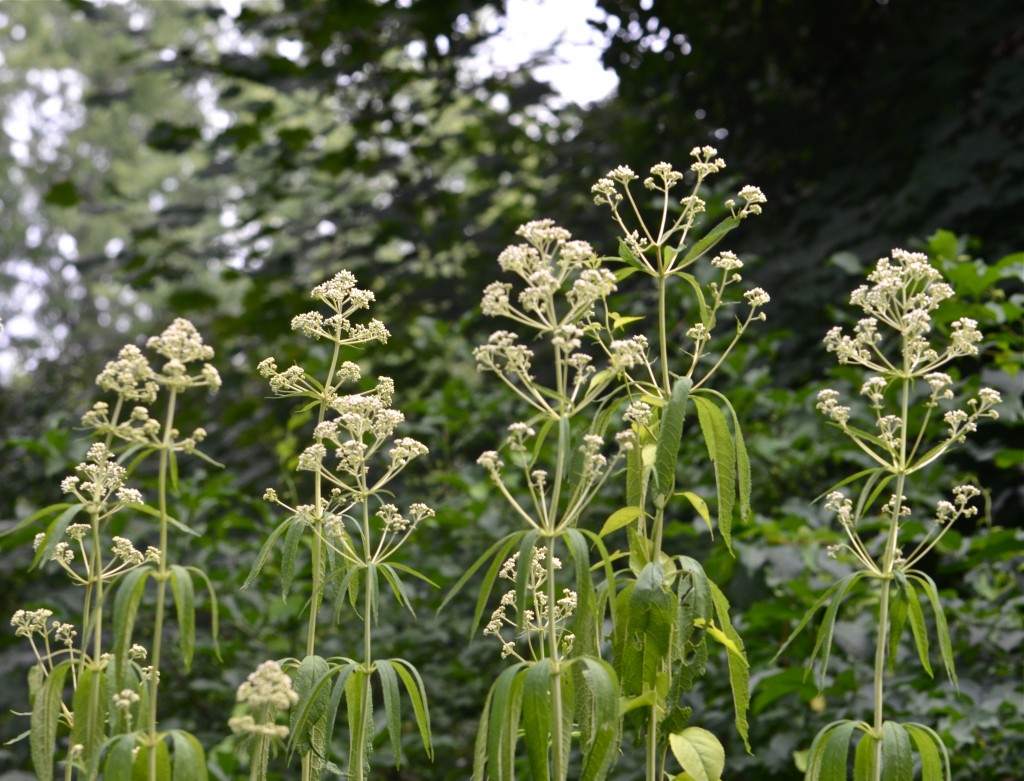 Back to Centennial when the temperature was about 95. I don’t have a closeup of this plant because it’s out in the poison ivy field, but it’s about 8 feet tall, and even from a distance you can see the distinctive leaf structure. They’re wilted from the heat and drought I presume, but you can see that it’s several leaves encircling the central stalks (“whorled leaves”). The only giant plant I can find with that leaf is Joe Pye Weed, usually pink, but evidently there are white variations. Who was Joe Pye? It seems he was a colonial-era New England herbalist/doctor (Native American, in some versions) who  famously used this weed to stop an epidemic of typhus. Native. Aster family.