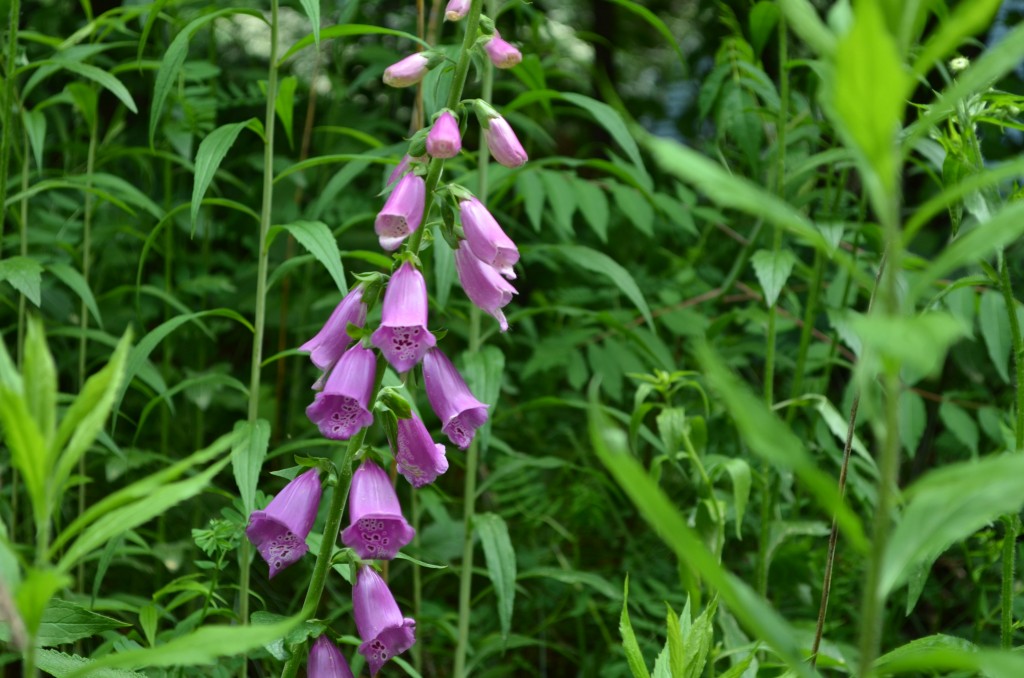 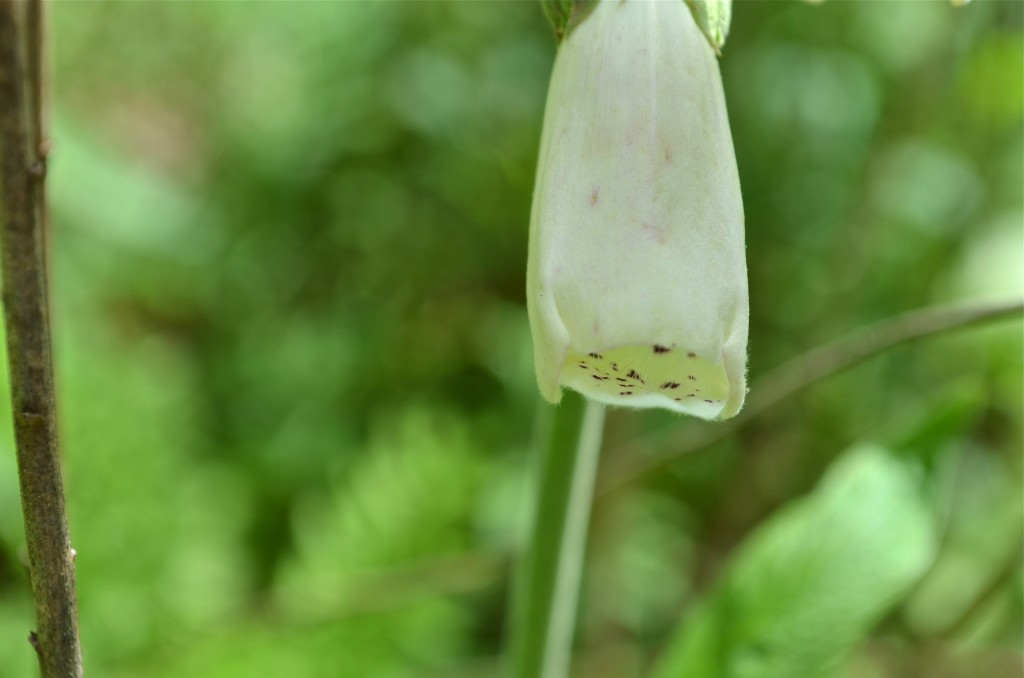 The scientific name (Digitalis) means “finger-like” and refers to the way the blossoms fit nicely on one’s fingertip. (What?) The entire plant is toxic, with the leaves of the upper stem being the most potent — can cause death! Also used for various cardiac-related drugs. Native to everywhere but here (Europe, Asia, Africa).

According to the 19th century book English Botany, Or, Coloured Figures of British Plants:

Dr. Prior, whose authority is great in the origin of popular names, says “It seems probably that the name was in the first place, foxes’ glew, or music, in reference to the favourite instrument of an earlier time, a ring of bells hung on an arched support, the tintinnabulum“… we cannot quite agree with Dr. Prior for it seems quite probable that the shape of the flowers suggested the idea of a glove, and that associated with the name of the botanist Fuchs, who first gave it a botanical name, may have been easily corrupted into foxglove. It happens, moreover, the name foxglove is a very ancient one and exists in a list of plants as old as the time of Edward III. The “folks” of our ancestors were the fairies and nothing is more likely than that the pretty coloured bells of the plant would be designated “folksgloves,” afterwards, “foxglove.” In Wales it is declared to be a favourite lurking-place of the fairies, who are said to occasion a snapping sound when children, holding one end of the digitalis bell, suddenly strike the other on the hand to hear the clap of fairy thunder, with which the indignant fairy makes her escape from her injured retreat. In south of Scotland it is called “bloody fingers” more northward, “deadman’s bells” whilst in Wales it is known as “fairy-folks-fingers” or “lambs-tongue-leaves”.