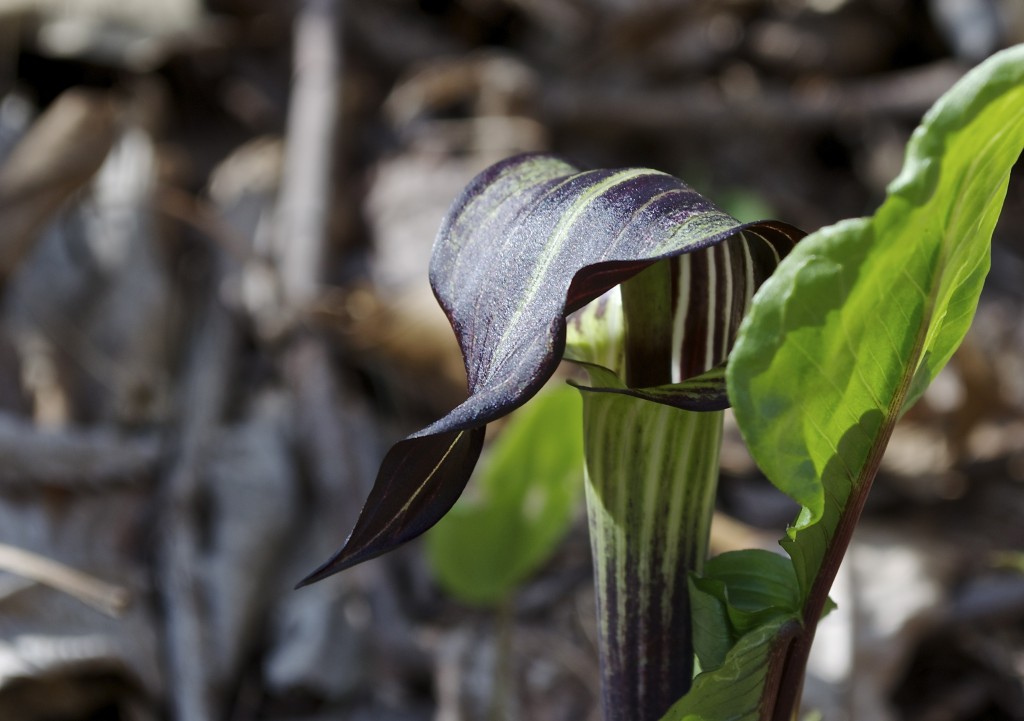 The first Jack in the Pulpit of the season, a very dramatic black and green striped and slightly ruffled one! Some folklore from Wikipedia: “One account from the Meskwaki Indians states that they used it to determine the fate of the sick by dropping a seed in a cup of stirred water; If the seed went around four times clockwise, the patient would recover, if it went around less than four times they would not.” Native. Photo: May 3, 2013.