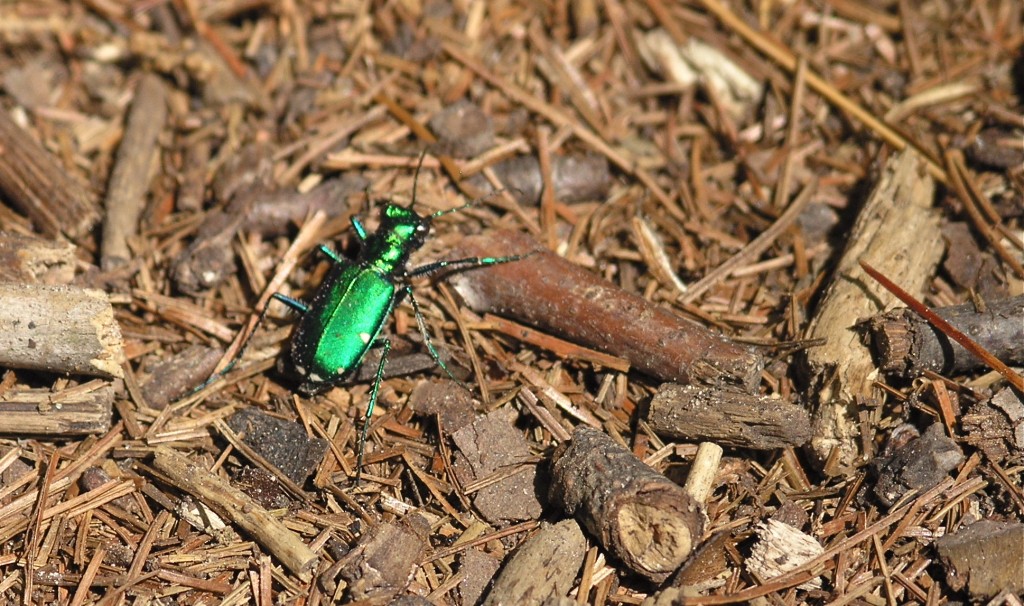 When we were photographing the Bristly Locust, a couple of these showy iridescent beetles were zooming around and grabbing our attention. A.F. Irit felt they really should get their own post. Now that I know the name, I can see the six spots, three on each wing. Evidently they are super fast, often outrunning their prey by so much that they lose track and have to stop and re-orient themselves to their desired lunch.