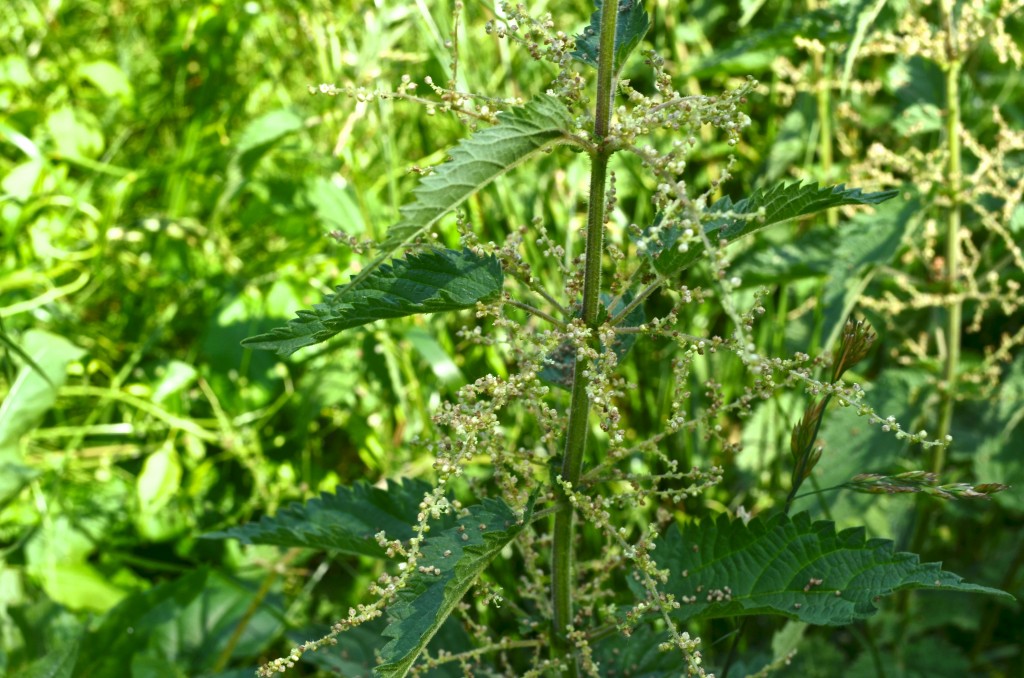 This is not a pretty picture, but at least you can get the idea of what Stinging Nettle looks like — the greenish flowers are on long droopy spikes (racemes) coming out of the axils (where the leaves are attached). Leaves are opposite and coarsely toothed. The stem and the undersides of the leaves have bristly hairs which cause painful stings if they touch your skin. It feels similar to a bee sting and is caused by an acid that covers the hairs. Stinging Nettle has also been used medicinally for thousands of years — stems, leaves, and root. Native, but also common around the world. (Photo taken June 25, 2013)