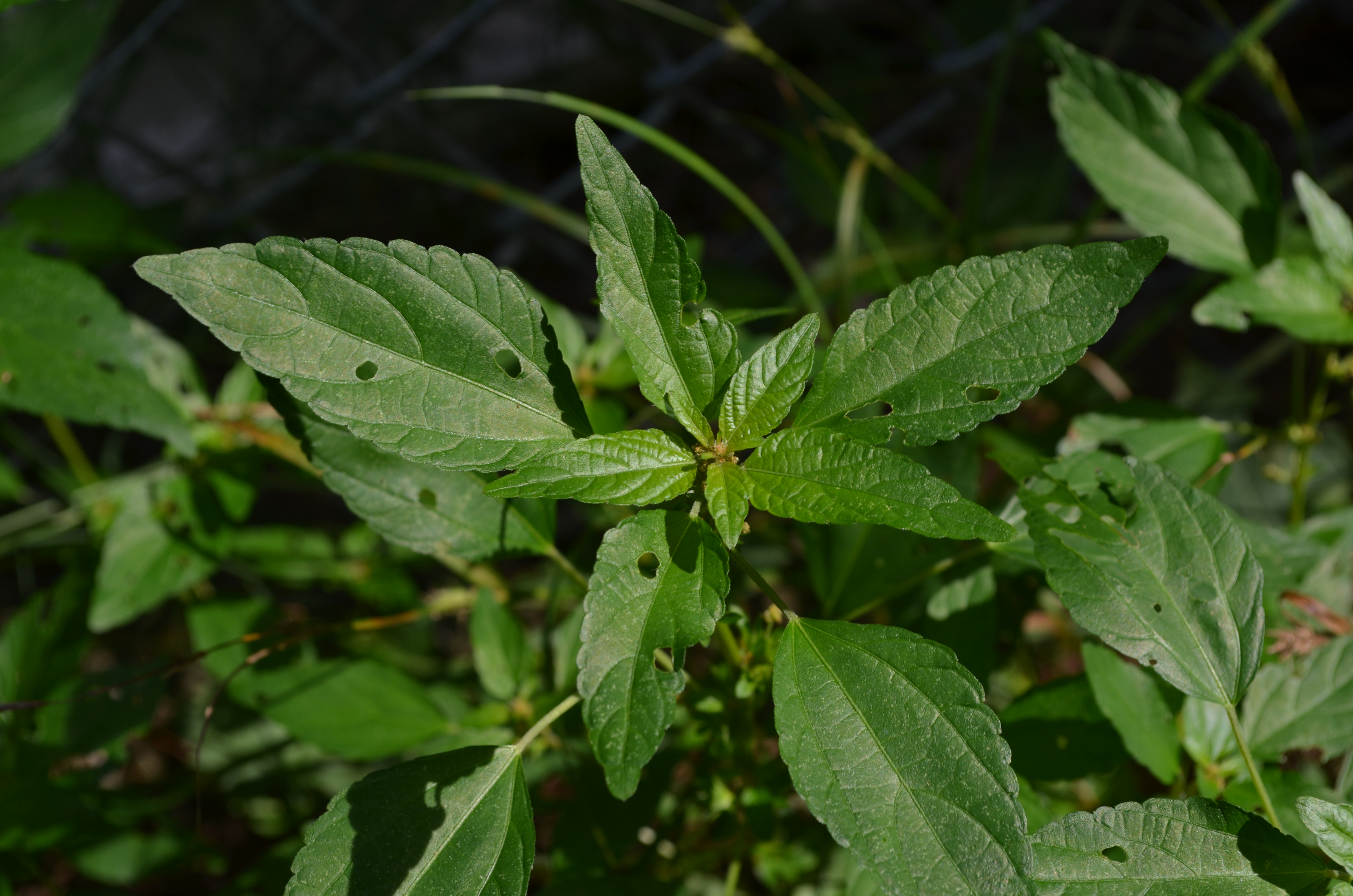 This is a common weed that offends all over my yard. I never wondered what it was called… until I noticed it blooming! So I had to identify it and it has a rather fancy name: Three-seeded Mercury. I can’t find an explanation of the name. It’s an annual, it can have a two-foot deep taproot, flowers in the axils, it has clear sap, can be a mild allergen, mourning doves like the seeds, deer like the leaves. The latin name Acalypha comes from the Greek word for nettle — Linnaeus thought the leaves resembled nettles. Native. Spurge family.