I had a request from Alert Flowerophile Mary to identify this weedy plant growing in a field in central Illinois. The flower heads are thistle-like and were green, but by the time she photographed them in late August, were brown. They’re about 6 feet tall. 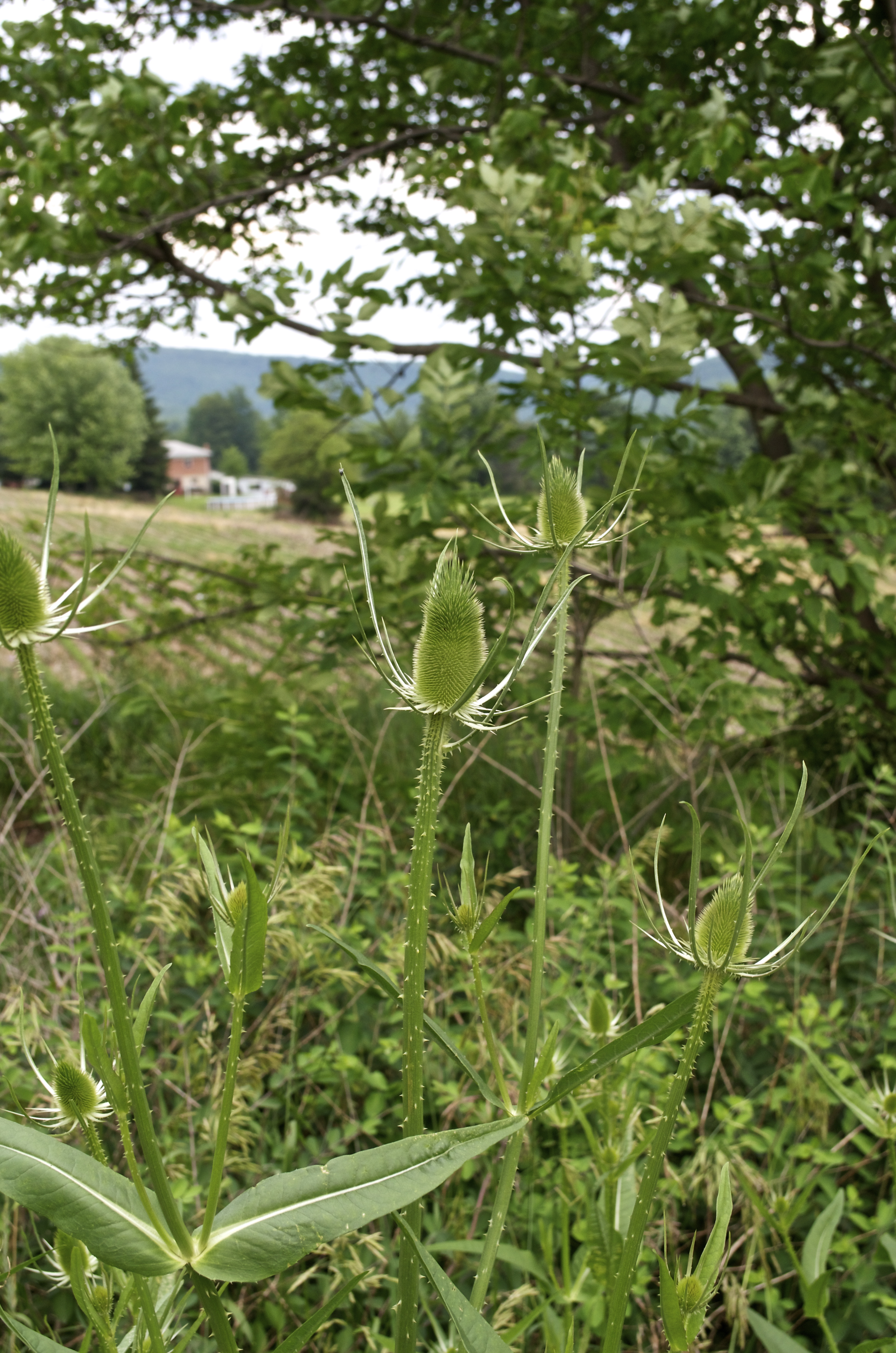 Turns out, this is called Teasel. Has small lilac flowers, but we missed those. Can grow to over 8 feet. Sessile leaves growing together at the stem. The seeds are winter food for birds, especially goldfinches. A cultivated version was widely used in textile processing until the 20th century; they used the dried heads to comb wool to raise the nap (to tease up the fibers — origin of the name!). Native to Eurasia and North Africa.