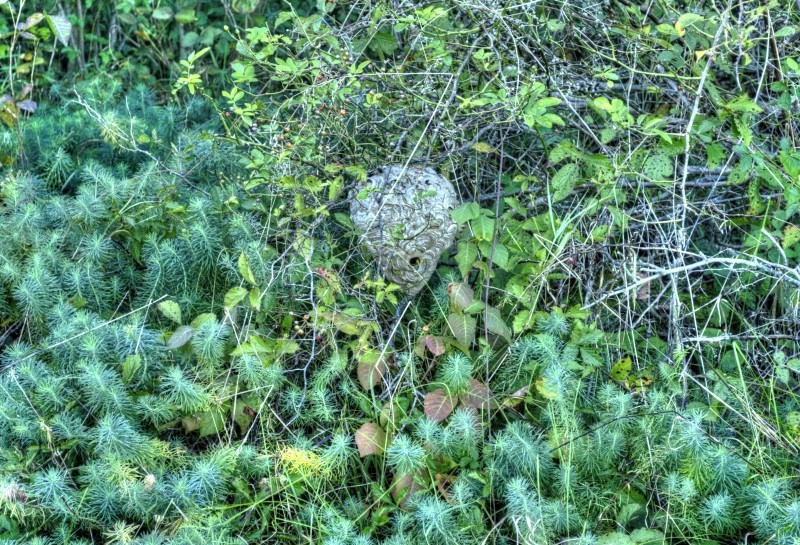 Nestled in the spurge and poison ivy, a cozy wasp nest. There are two categories of wasps: solitary and social. The singletons don’t construct nests, and they’re all fertile. The socials live in colonies with thousands of their buddies and often only the queen and males are fertile; the rest are sterile female workers. Also, most wasp species are parasitic; i.e., they lay their eggs directly into the body of a host insect. Ew.