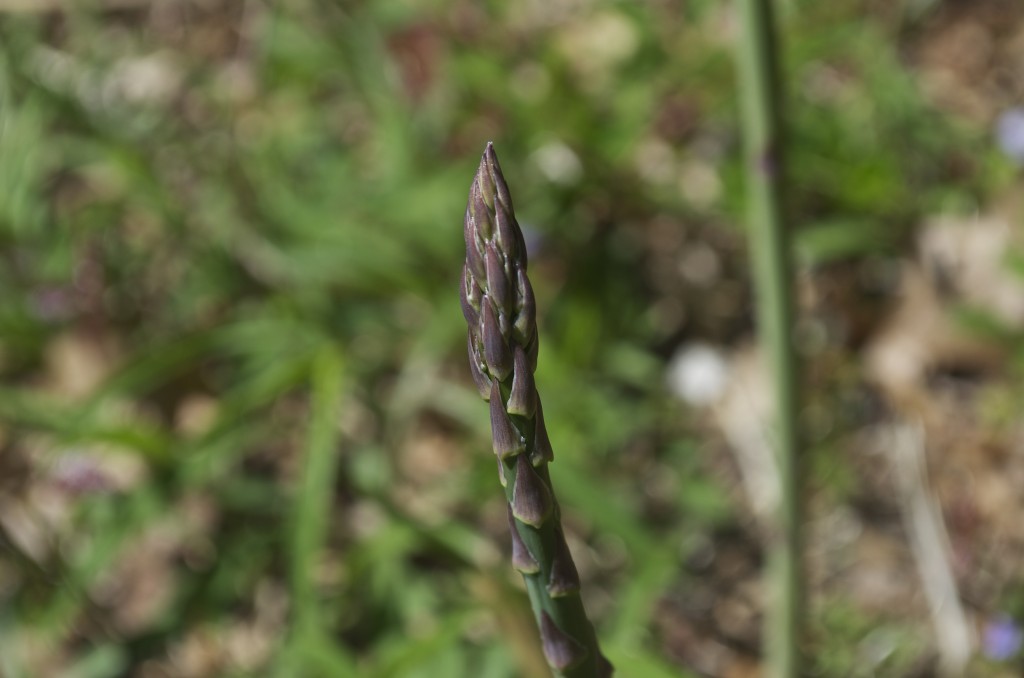 There is a bit of meadow where these stalks have emerged. They seem few and far between so I wouldn’t feel right harvesting them. But they look good! (Later when they fruit, they’ll have small red berries that are poisonous to humans.) There is an asparagus recipe in the oldest surviving cookbook, which is a Greek book from the third century AD. Native to Europe, Africa and Asia. Introduced to North America around 1850.