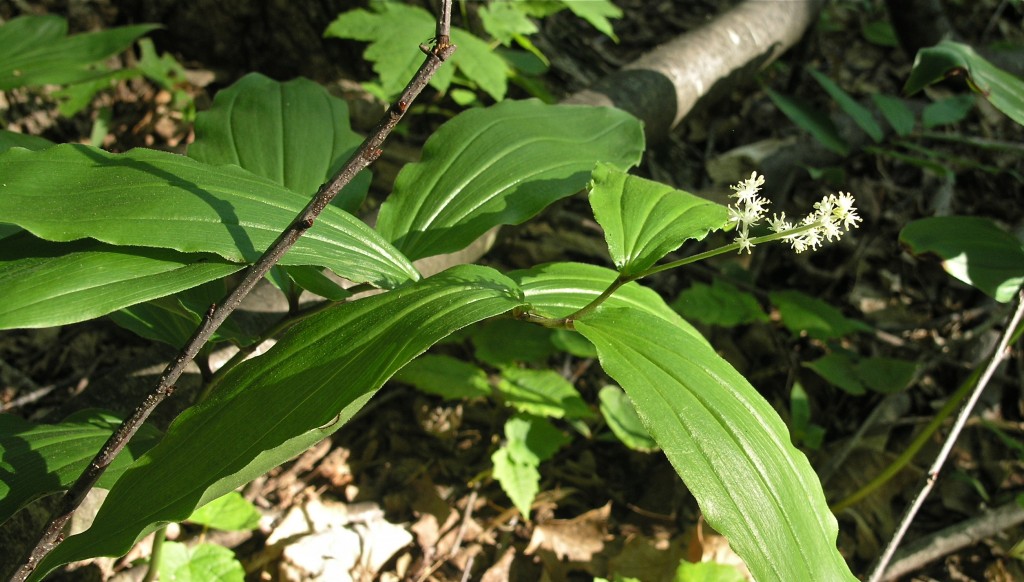 Found a large group of these along with a bunch of Smooth Solomon’s Seal in a patch of woods in Sunderland, Massachusetts, just north of Amherst. I think that’s close enough to call local, although I have not found such big groups in my usual haunts. It’s evidently called False because the leaf is similar to Solomon’s Seal, but true Solomon’s Seal has pendular blossoms. Lily family.

The Ojibwa tribe harvested the roots for eating, and cooked them in lye water overnight to remove the bitterness and neutralize their strong laxative qualities.

From Wikipedia: This plant can act as a strong laxative in sensitive individuals. A poultice made from the roots of this plant was used to treat sunburns. The roots were often dried and then smoked by several Eastern tribes as a treatment for hyperactivity in children and depression. Also used by Native Americans as a cough suppressant. (! that’s a useful plant!)