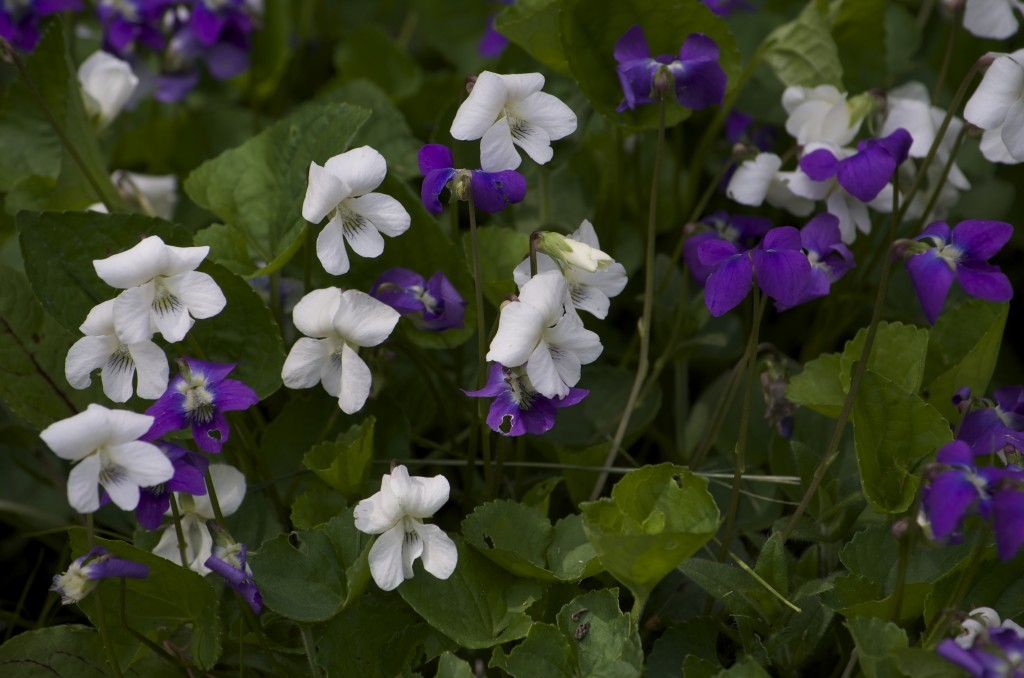 It’s been a good year for violets! This is a variable species that can occur as white or purple. Photographed in Dr. Whiteside’s magical Illinois garden, but also native all over New England.

Bonus pictures from my trip to the Midwest: we went to a concert in Lafayette, Indiana but had some time before the concert, so we checked out a wolf park surprisingly nearby. Beautiful animals. 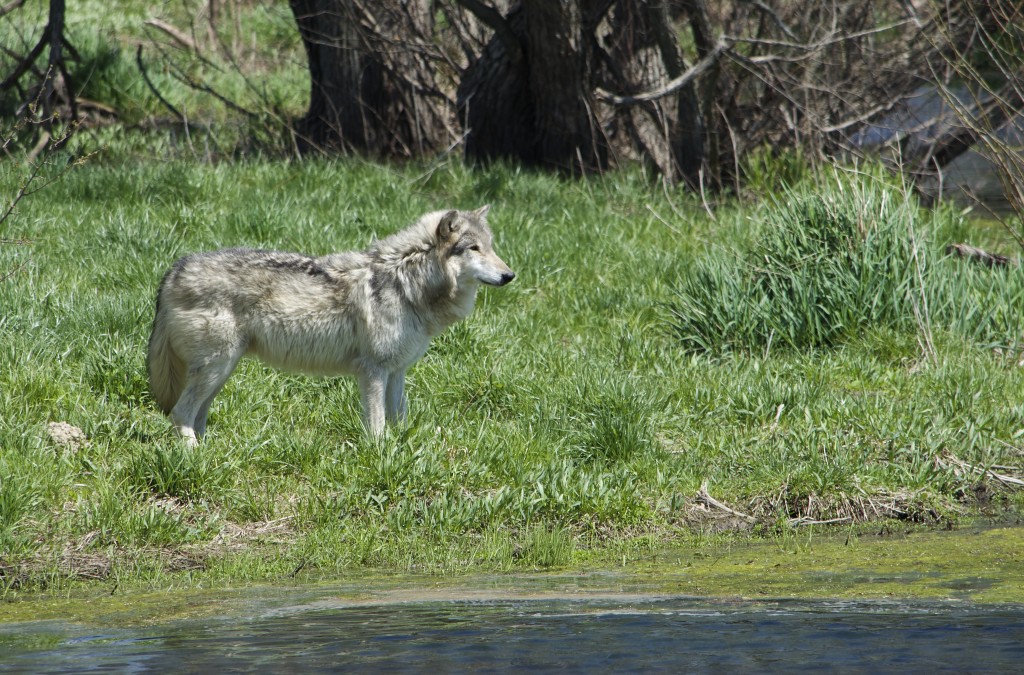 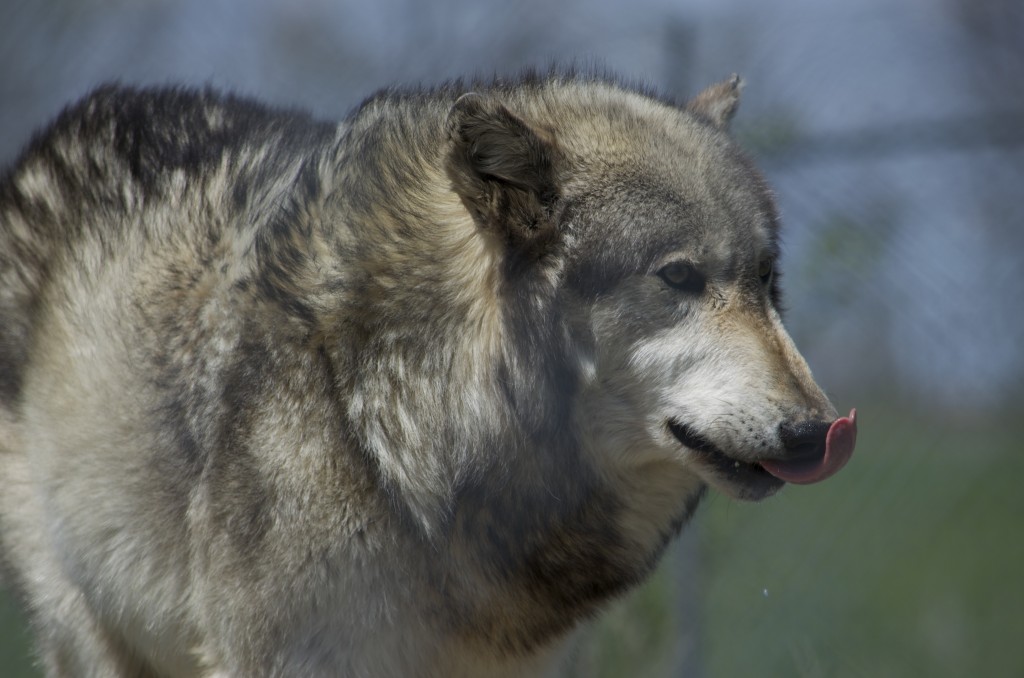 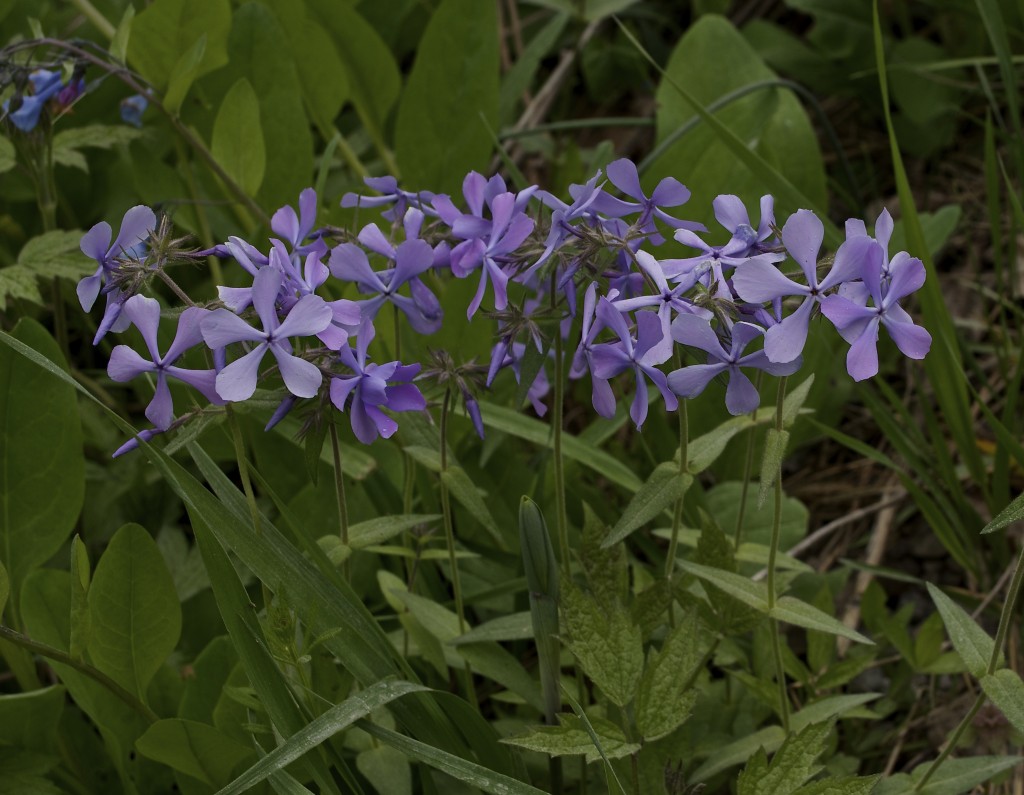 I found this growing by a dusty country road outside Charleston, Illinois, but apparently it is native from western New England to Michigan south. Fragrant flowers, pollinated by bees with long tongues, like bumblebees. 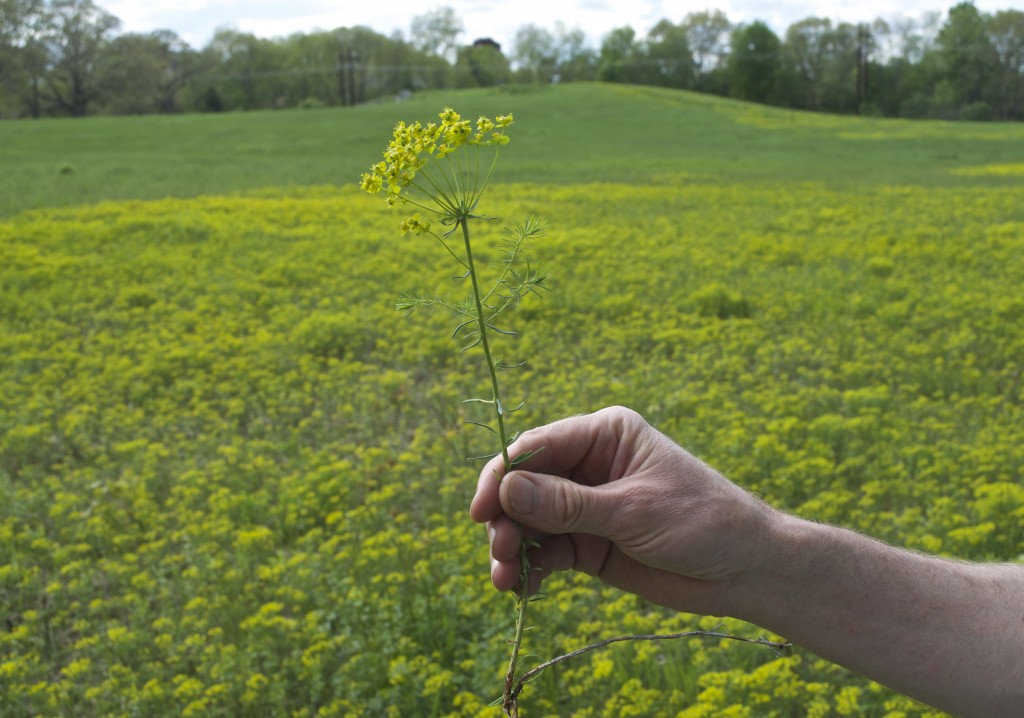 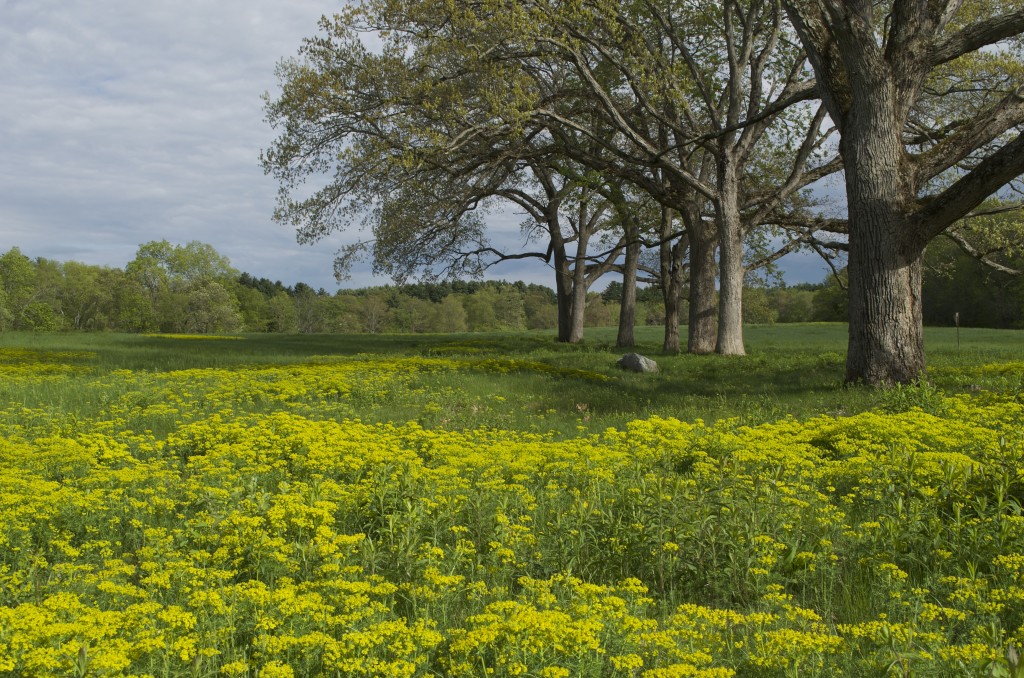 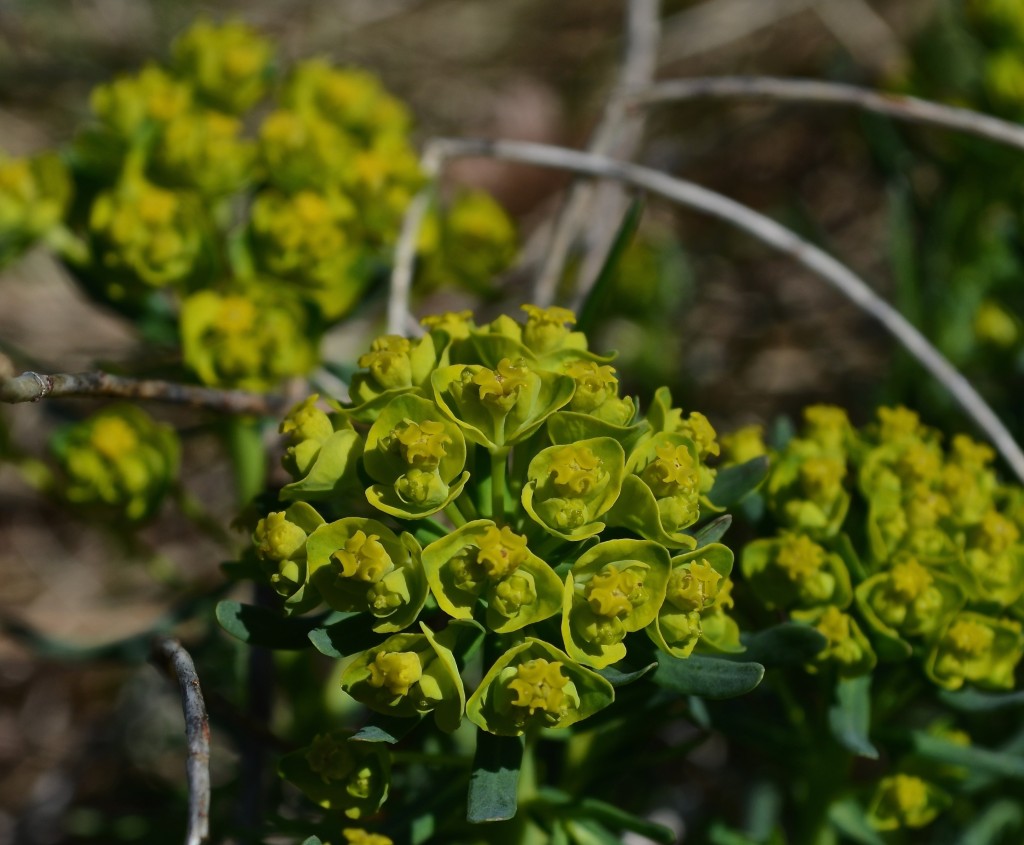 A hardy groundcover — tolerates poor soil, dry conditions, deer, rabbits, pollution… Has a milky, poisonous sap that repels herbivores. Forms a dense fluffy blanket about a foot tall. Tiny flowers that start lime-green and yellow, and age to red. Has narrow-leaved foliage reminiscent of cypress trees, hence the name cypress spurge. (The common name “spurge”  comes from the Middle English/Old French word “epurge”, meaning “to purge”, because these plants were used as purgatives. (Poinsettias are spurges!) Native to Europe, introduced to North America in the 1860s as an ornamental, and is now a harmful invasive that has really colonized Charles River Peninsula. 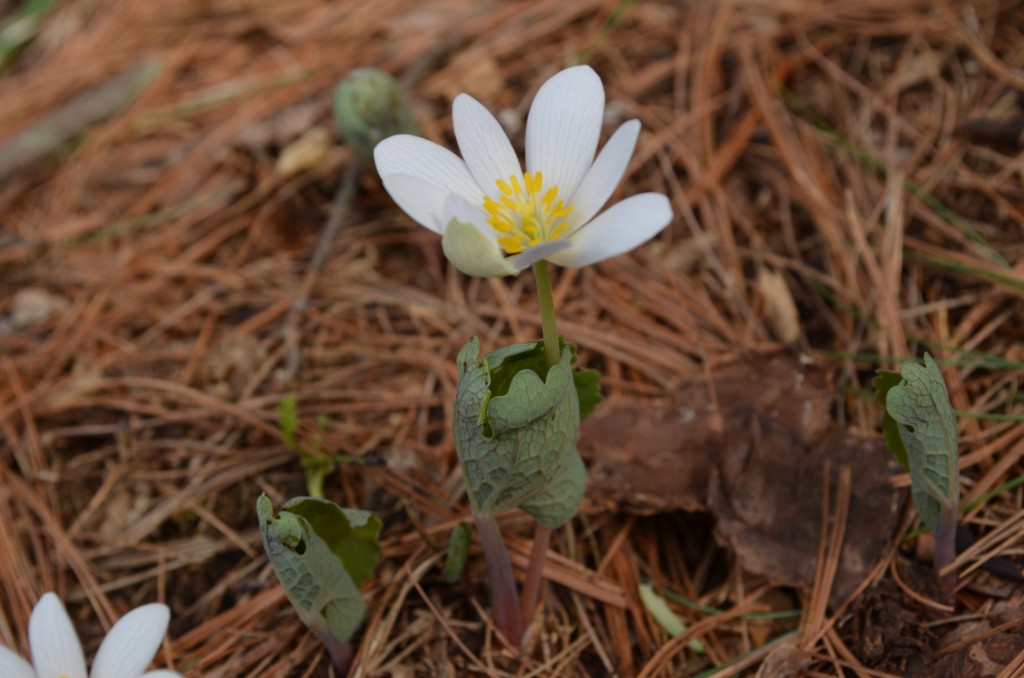 A “spring ephemeral.” Has only basal leaves which wrap around the flower stalk as it begins to bloom. Then the leaves open fully as the flower withers. The flowers bloom only one or two days each, with a fragrant scent. The foliage contains a red juice (which was used by native people to make dye). It’s toxic and usually avoided by herbivores. Native to eastern North America. (This sample is in my yard, an import from the Whitesides garden in Charleston, Illinois.) Poppy family 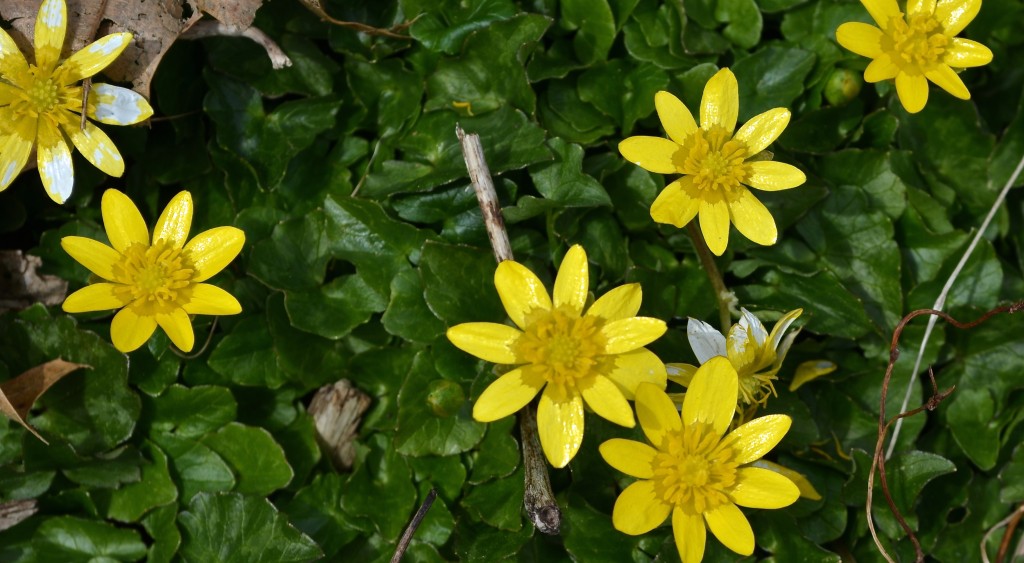 This is one of the first wildflowers to appear here after Skunk Cabbage leads the way. (Photo from April 22.) It’s Lesser Celandine to distinguish from Celandine, a larger wild poppy. It follows the sun during the day and closes in cloudy or cold weather. The name Celandine is derived from the Greek word for swallow (chelidon), because the early flowering time was also when the swallows arrived (and the flowers faded when they left). It is not native, found throughout Europe and west Asia. Don’t eat it: “Unsafe in any quantity.” Buttercup family.