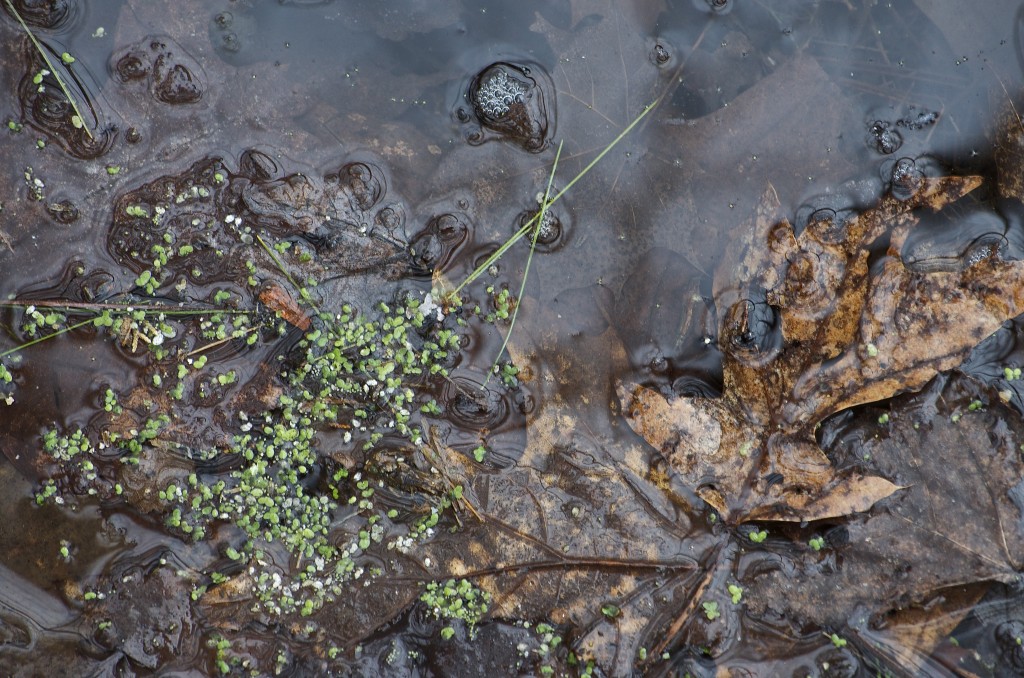 The first sounds heralding the arrival of spring: 1. The snarling, metallic, tiny weed-whacker sound of the beard trimmer. That’s B shaving his winter beard because it’s the vernal equinox, and like all the other creatures compelled by their DNA to respond to the seasons, he must shed his winter coat.  2. Spring peepers! This year I first heard them March 28. (Last year it was March 12.) They are “chorus frogs,” and can live in breeding groups of several hundred. Their bodies can be less than an inch long or up to about 1.5 inches. It’s only the males that make the sound (to attract their women). They hibernate under logs and leaves, and can survive being mostly frozen. Then in spring, you hear them especially in vernal ponds and other temporary wetlands. They lay their eggs in the water, and then live on land the rest of the year, feeding on insects. I’m sorry this photo is just a thawing pond with no actual frogs to look at, but here’s a video that shows some Connecticut peepers in action: 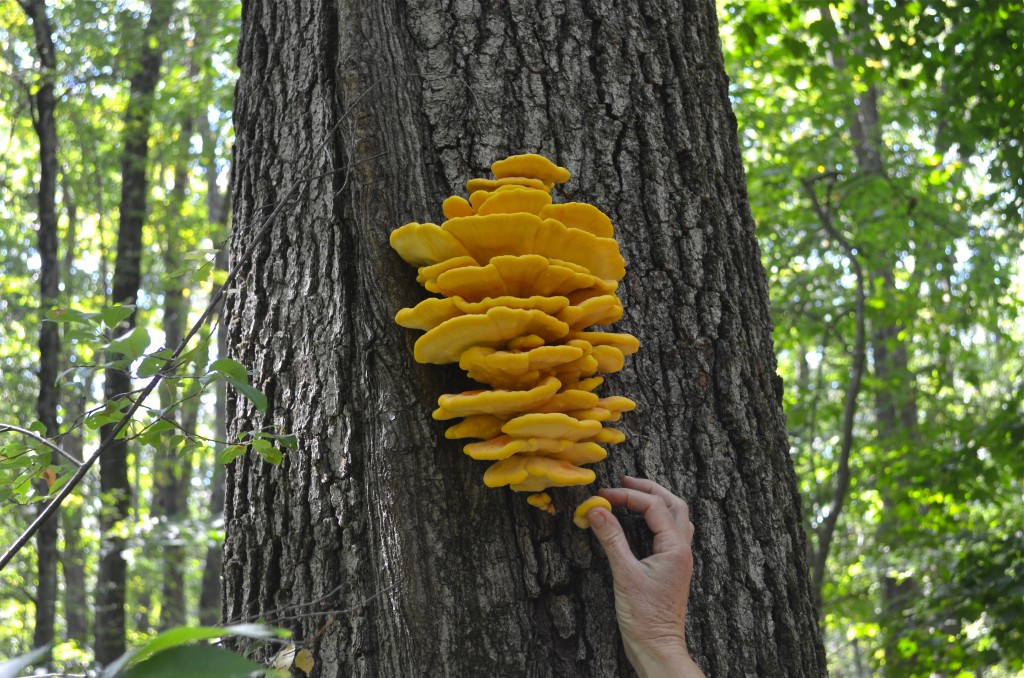 I think we have already included this kind of fungus (Sulphur Shelf), but this is a nice example. Now Irit and I always test-feel them! Cold! Clammy! Edible but no thanks! 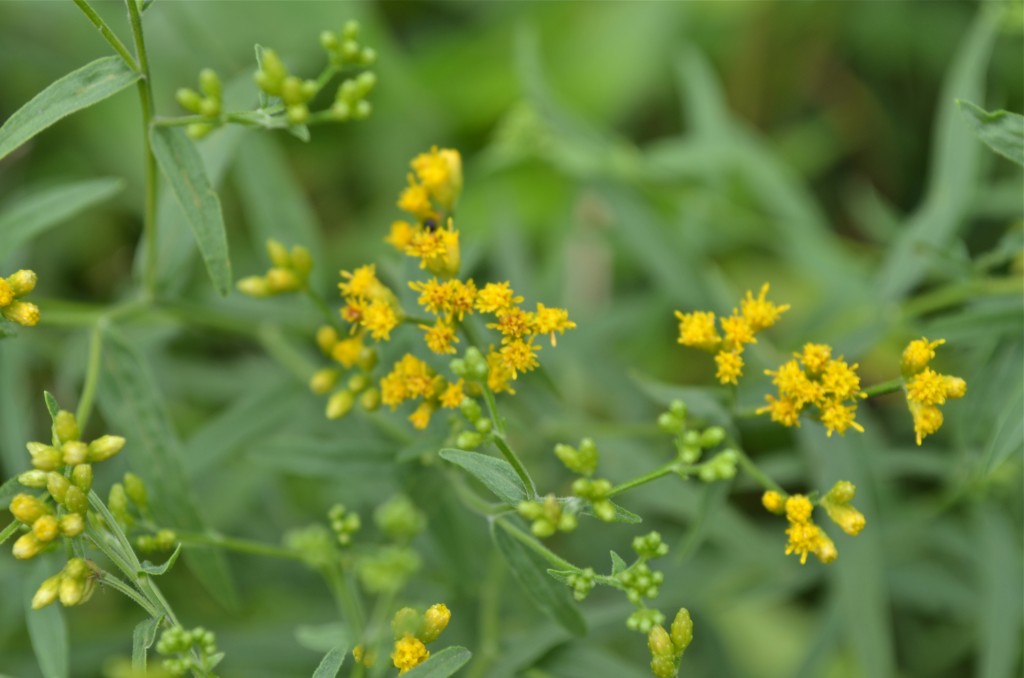 Growing at water’s edge at Longfellow and at the Needham Town Forest. Blooms late summer through fall. Aster Family. Native. 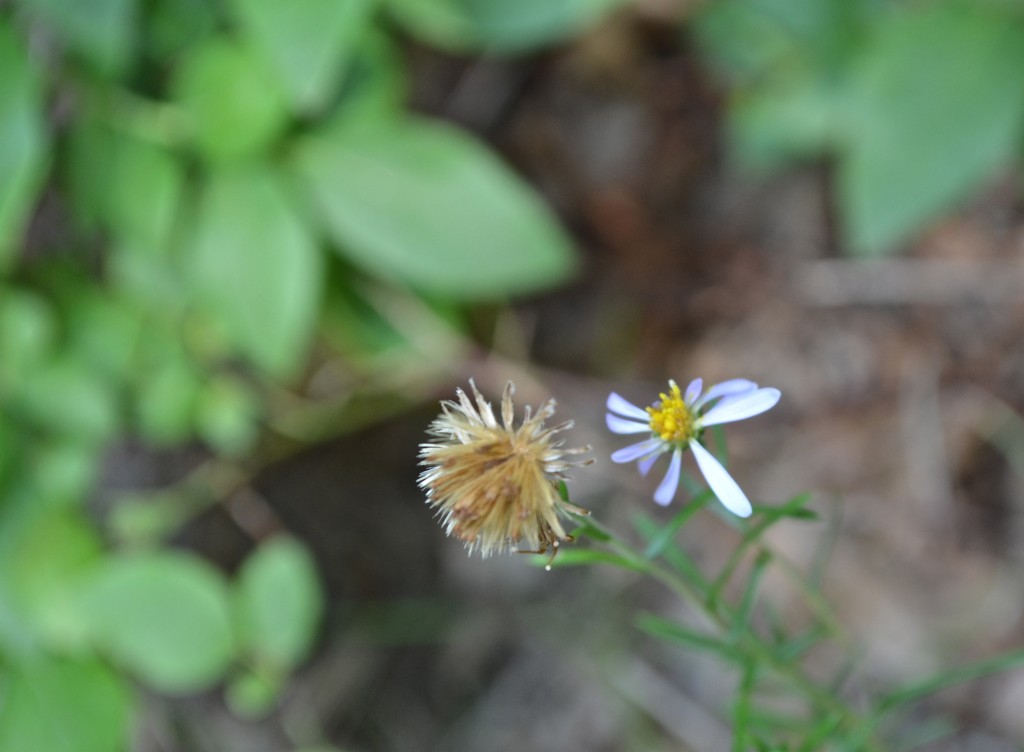 A modest little aster by the trail. Not too many new blossoms back in the woods… 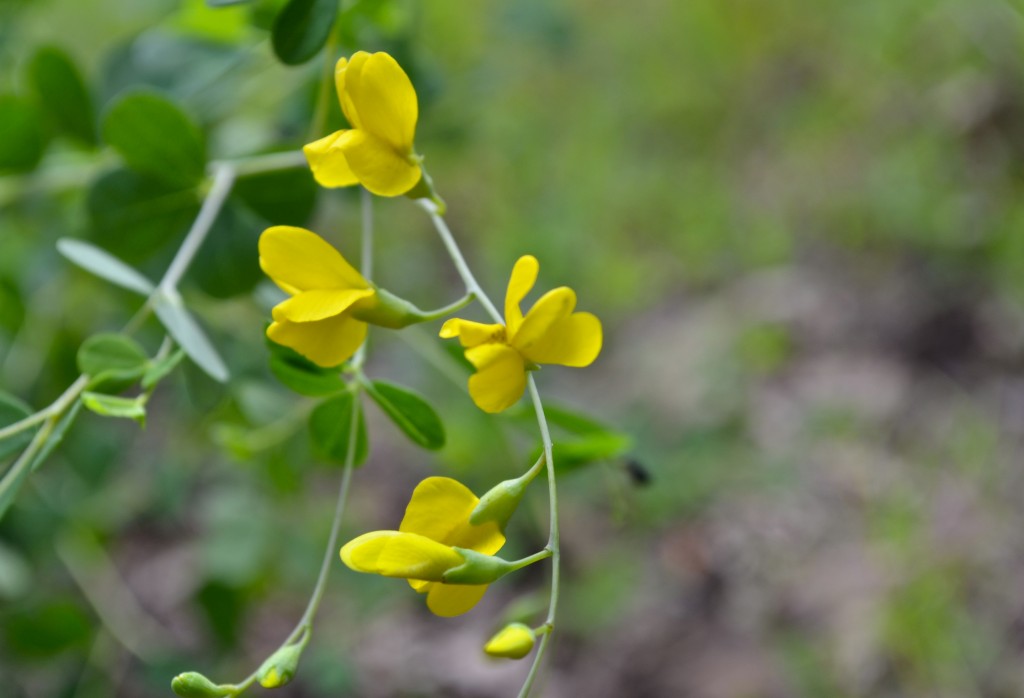 A nice surprise in the town forest parking area. In the fall, the foliage turns gray and the whole plant breaks off from the root and forms a tumbleweed, which rolls around distributing the seeds! Toxic. Pea family. 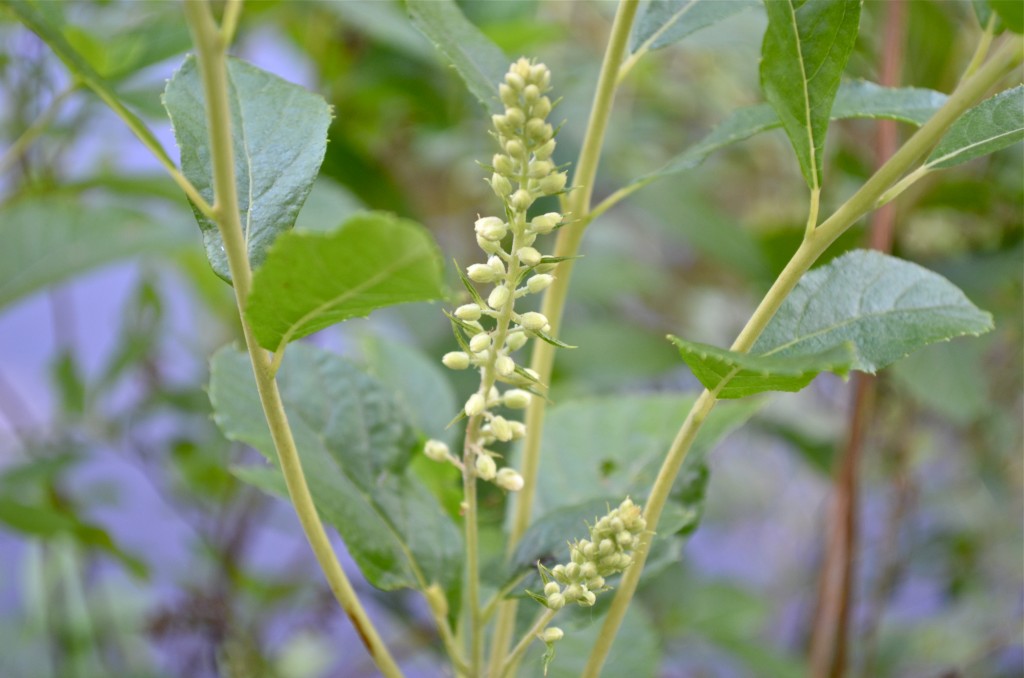 A shrub growing all along the pond at the town forest. Turns out these are just buds, which will open to little white flowers with a sweet fragrance. The fruits look a little like peppercorns (but are not spicy), hence the name. White Alder family. Native.

Update: here’s how they look in late July: 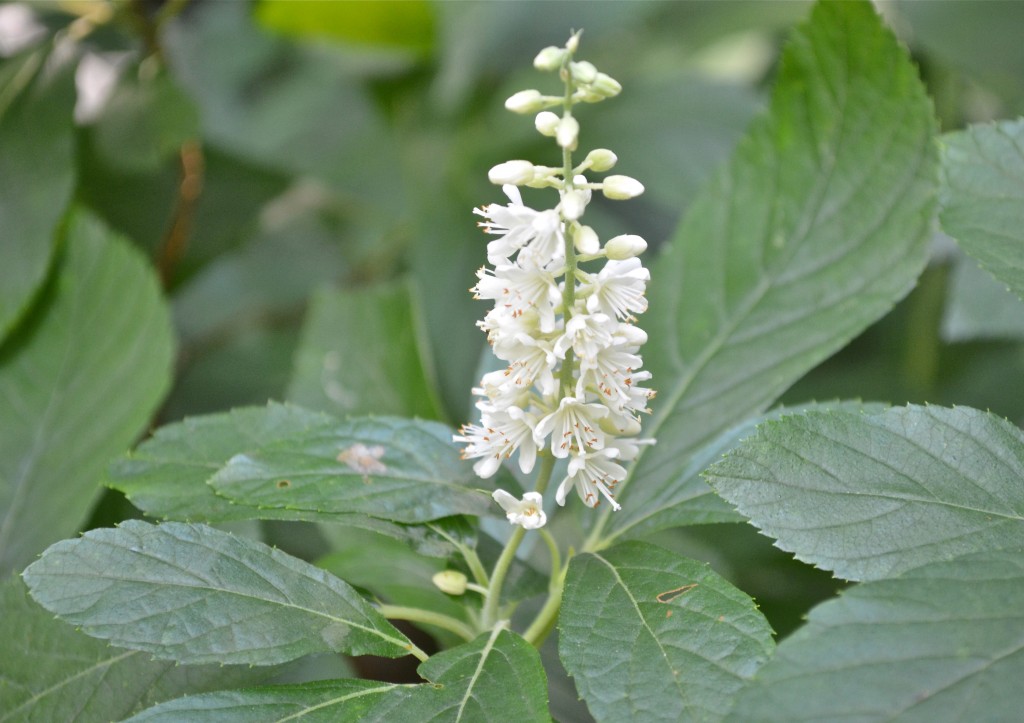 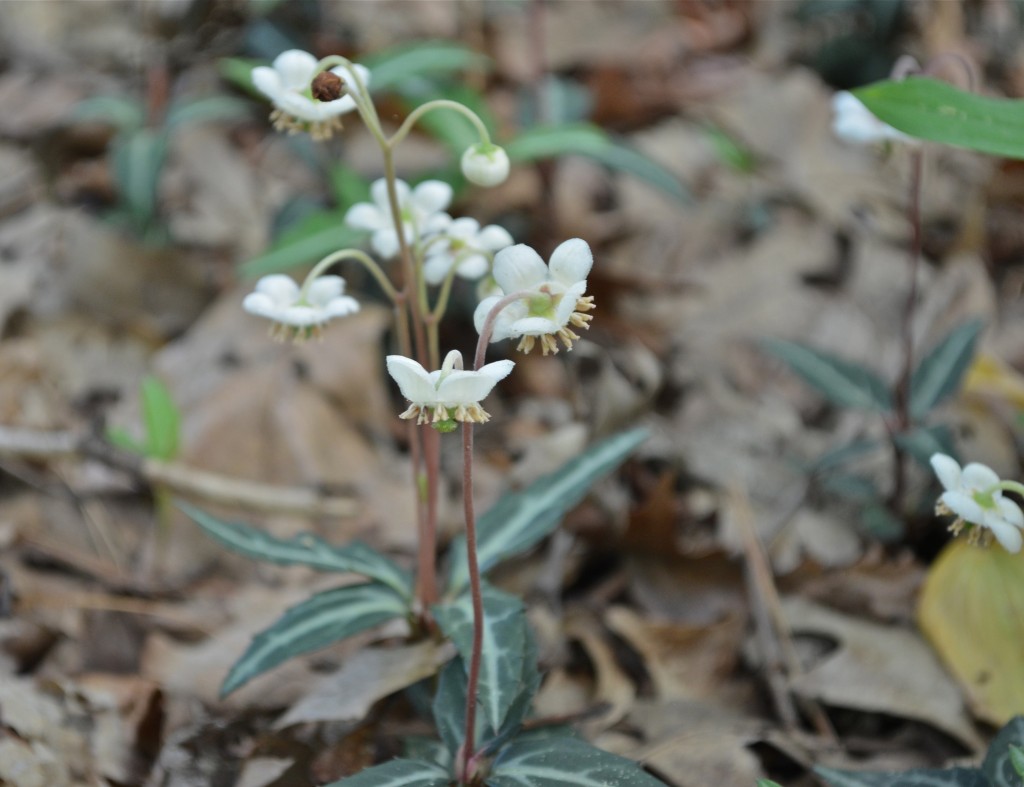 Distinctive blue-green leaves with a pale stripe, which stay green through the winter. Endangered in Canada, Illinois and Maine. Wintergreen family. Native. (I actually sat on the ground for a second to take this picture and was immediately swarmed by dozens (millions?) of black ants! The lesson: don’t sit on Antopolis.)

Bonus pictures: I noticed the spotted wintergreen because we were investigating why so much bark was sheared off this tree near the entrance to the town forest. Apparently someone missed the curve on Central Avenue, shot through the trees, scraped one and was stopped by another, where the bumper and other debris are still on the ground…

Update from the Needham Times: A Medfield juvenile is charged with leaving the scene of an accident, operating to endanger, using a motor vehicle without authority, unlicensed operation, and speeding. Bad! 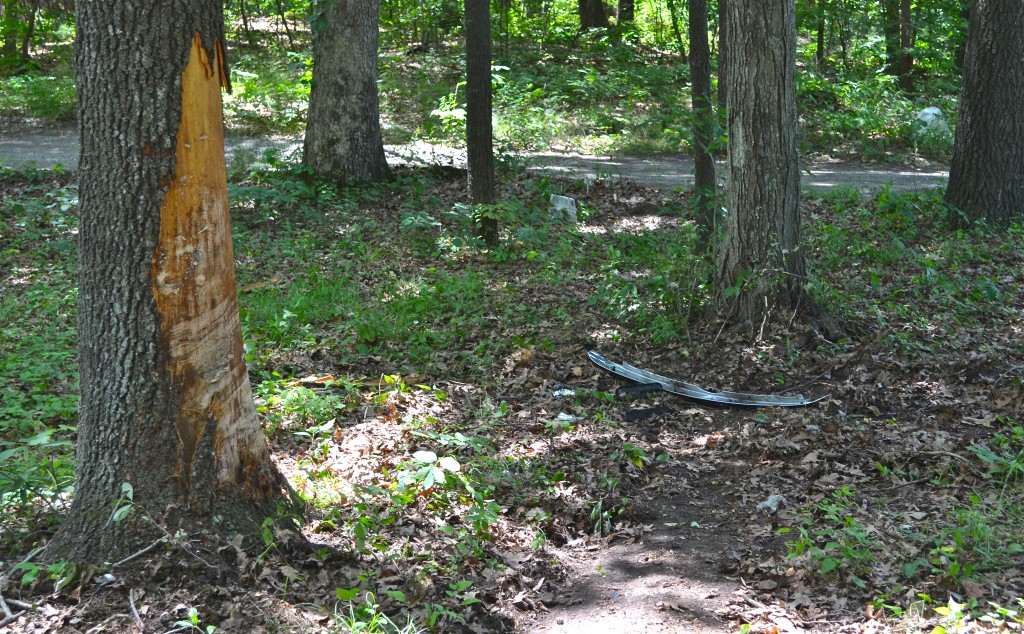 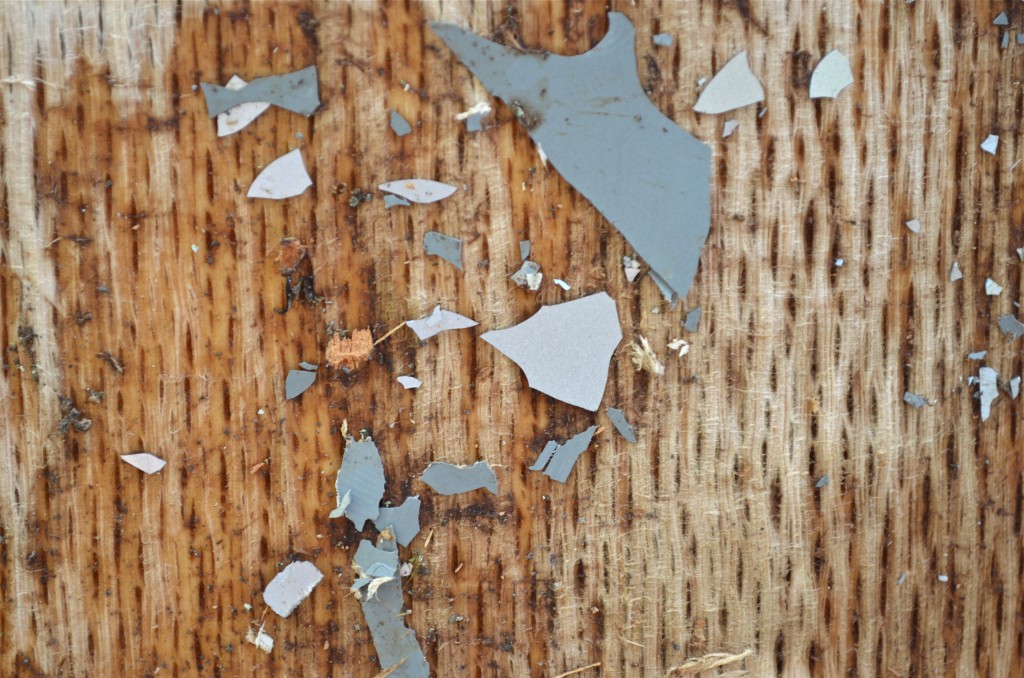 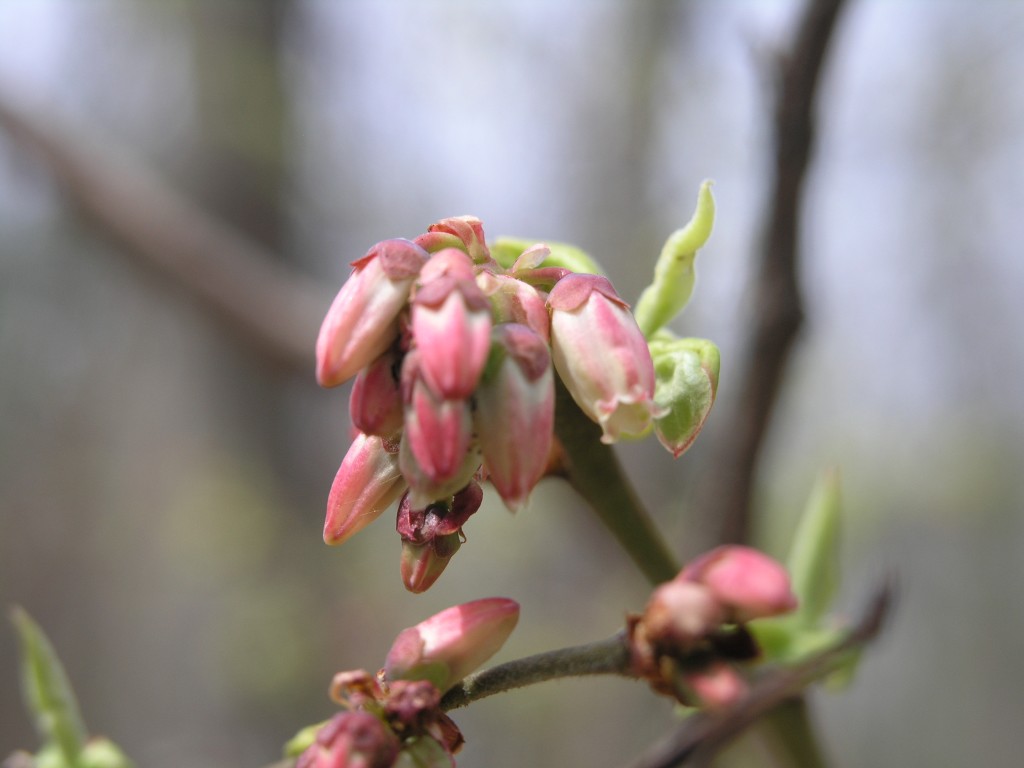 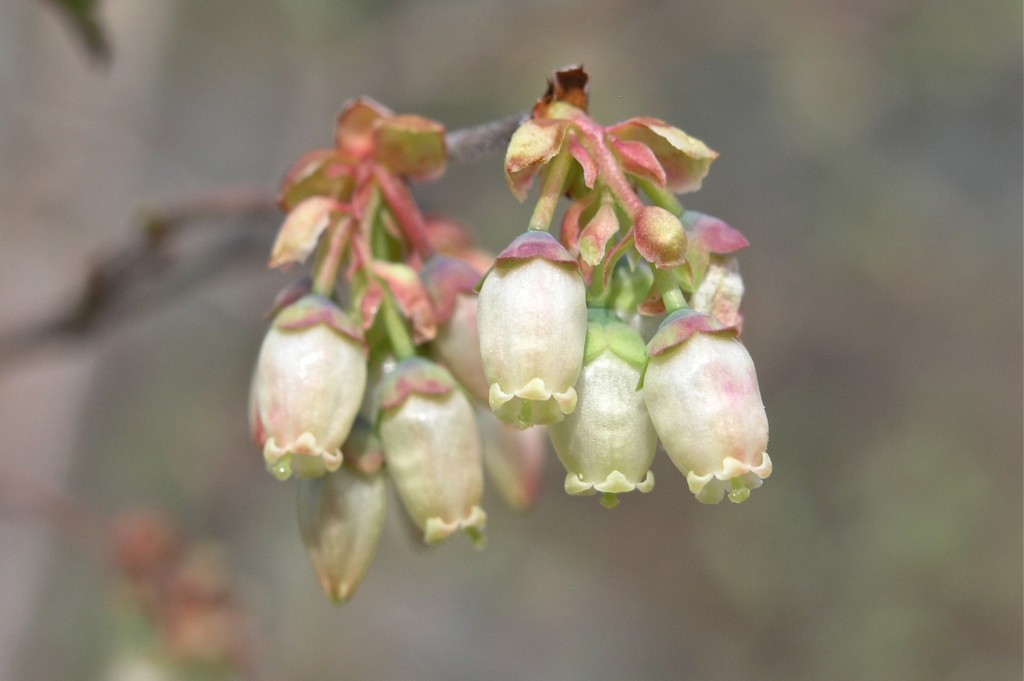 I’ve realized we have at least two kinds of blueberry plants around here. There are the small (lowbush) ones which are very common in our woods, and now I’ve noticed we also have highbush blueberries — the bushes are about 6 feet tall. This is the kind that was used to create cultivated blueberries. They’re native. The photos above (both the highbush variety) were taken one day apart — the top one is at Centennial in the shade, and the bottom one is at the Town Forest in a sunny previously burned area.