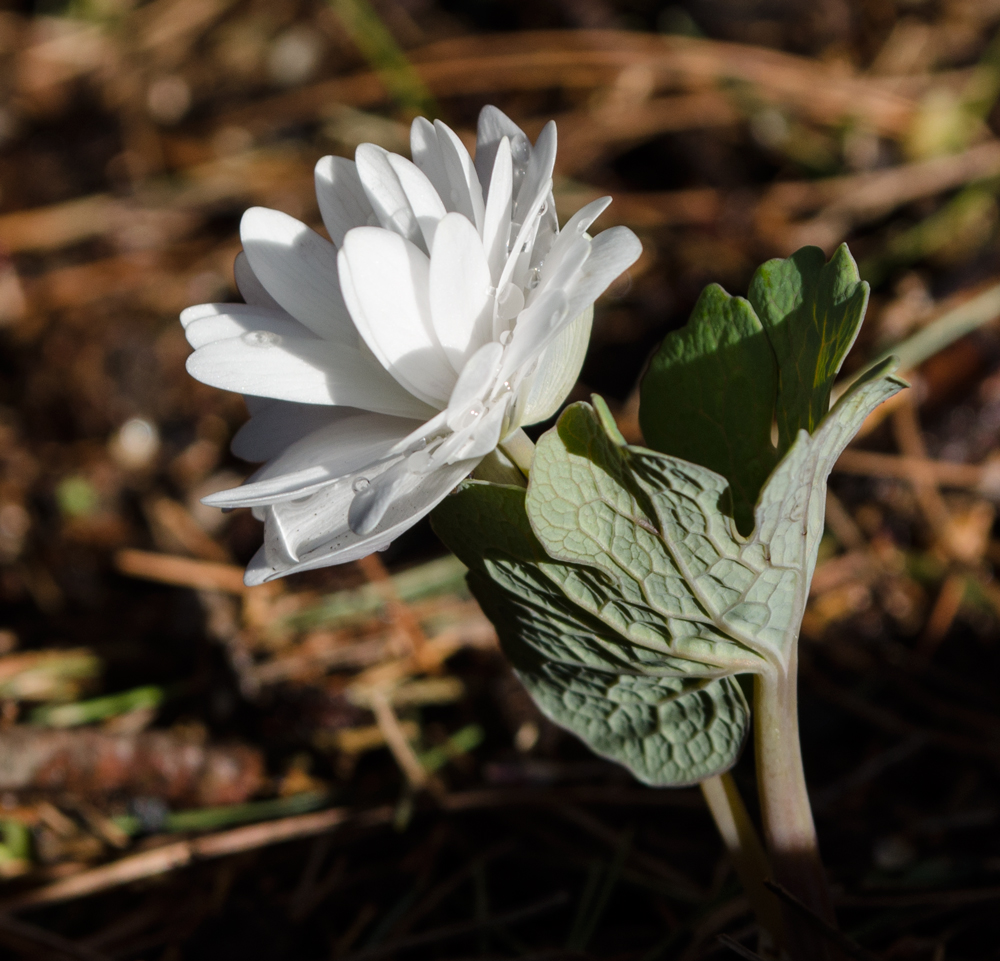 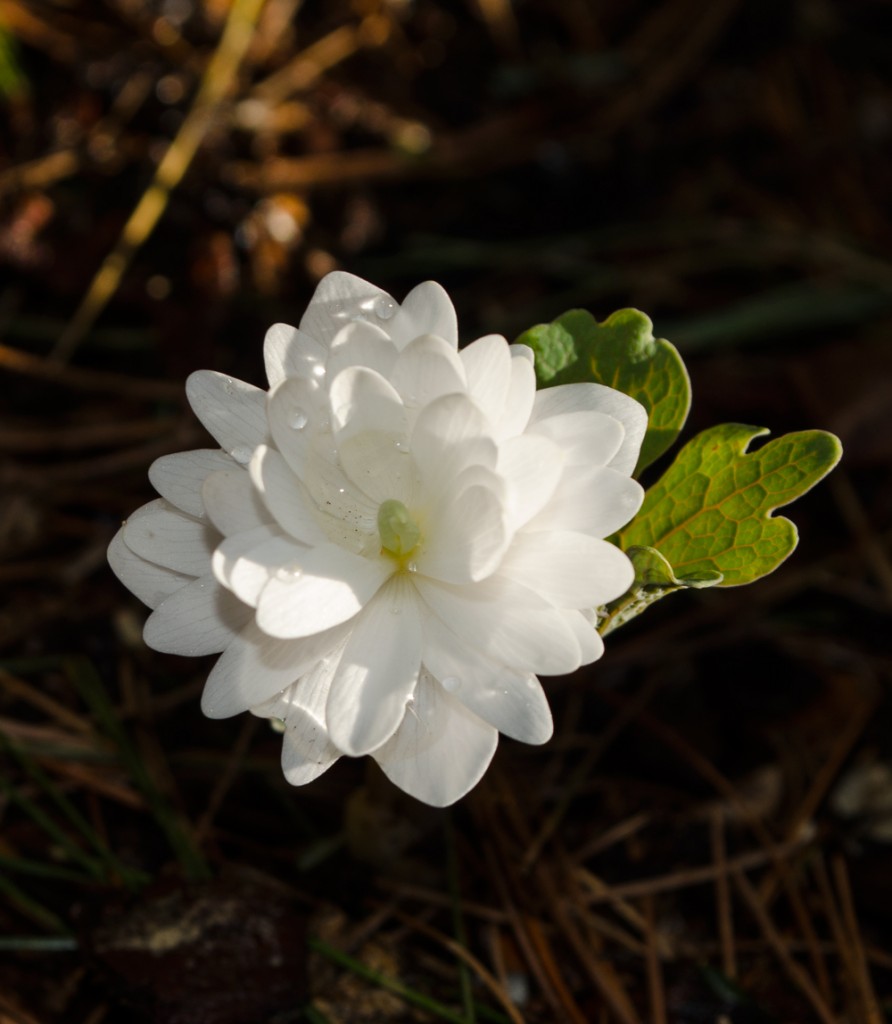 This is a wildflower I admired in the garden of Dr. Wesley Whiteside, and he gave it to me. What a generous plantlover, sowing his spectacular garden into other people’s modest yards… (Shot April 23.)

It looks like a perfect little lotus or water lily. More common: the single version, below. A “spring ephemeral.” Has only basal leaves which wrap around the flower stalk as it begins to bloom. Then the leaves open fully as the flower withers. The flowers bloom only one or two days each, with a fragrant scent. The foliage contains a red juice (which was used by native people to make dye). It’s toxic and usually avoided by herbivores. Native to eastern North America. Poppy family. 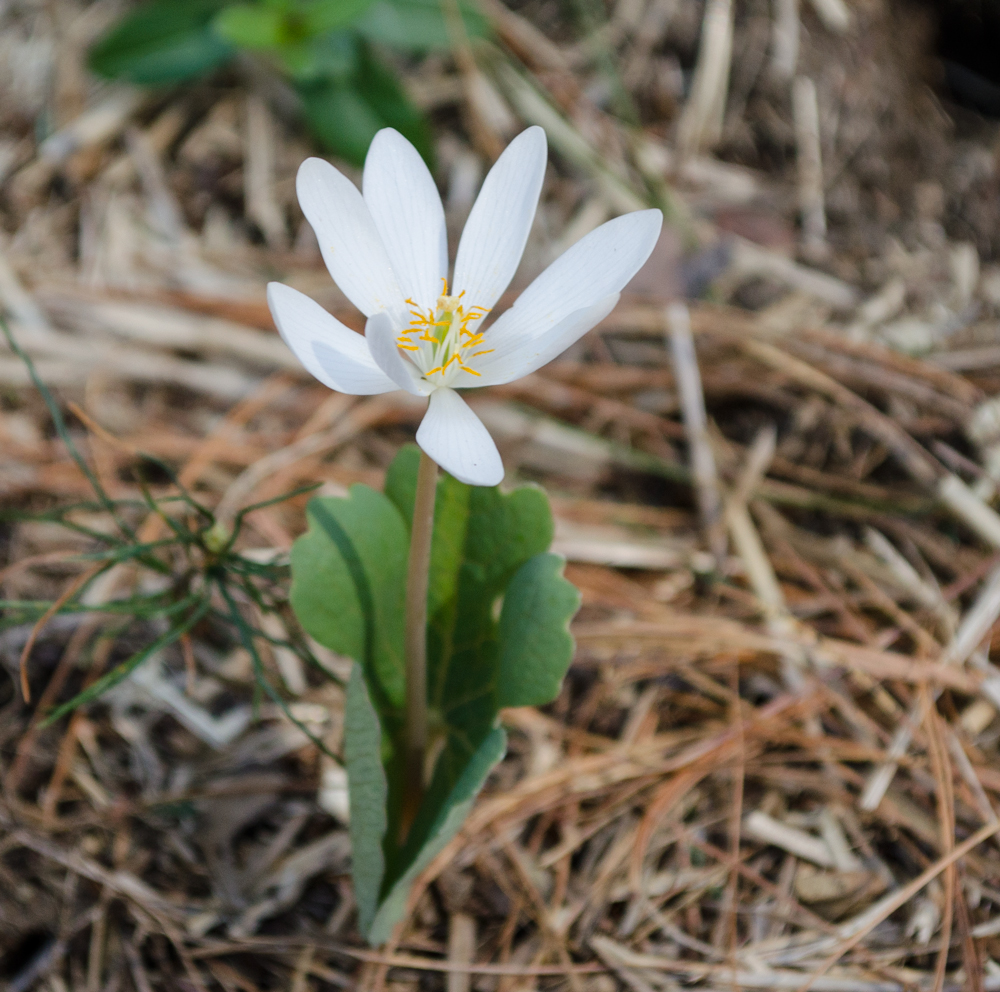 That Illinois flat agricultural landscape is a beautiful thing when you’re looking at it from a little plane. Here’s the descent, through the clouds, to seeing details of the homesteads surrounded by oceans of soybean fields and corn fields… with evidence of recent flooding. 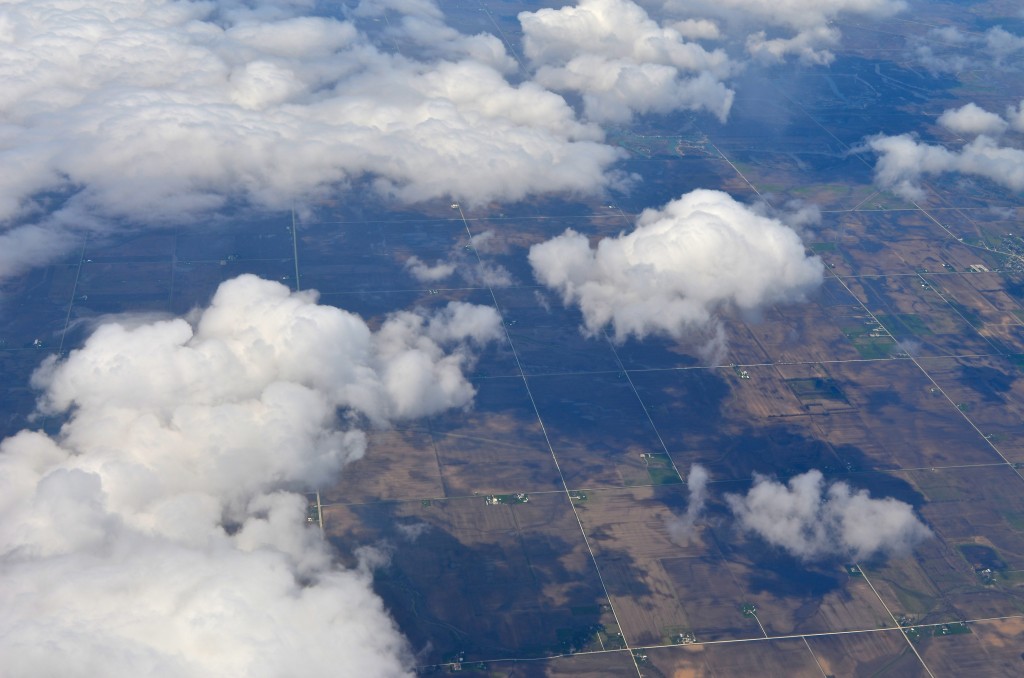 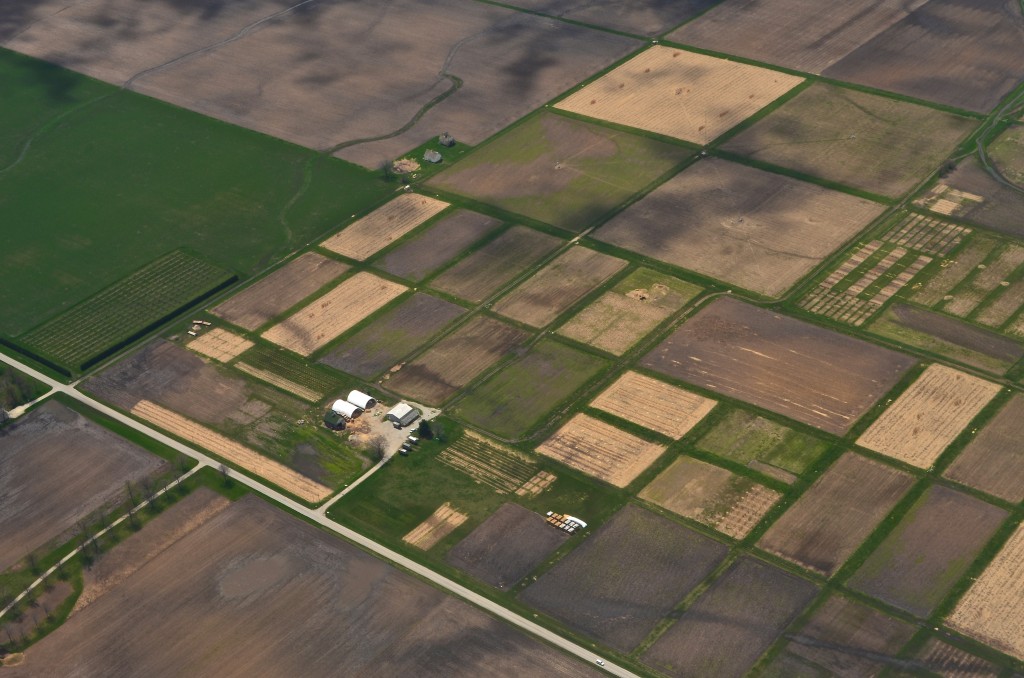 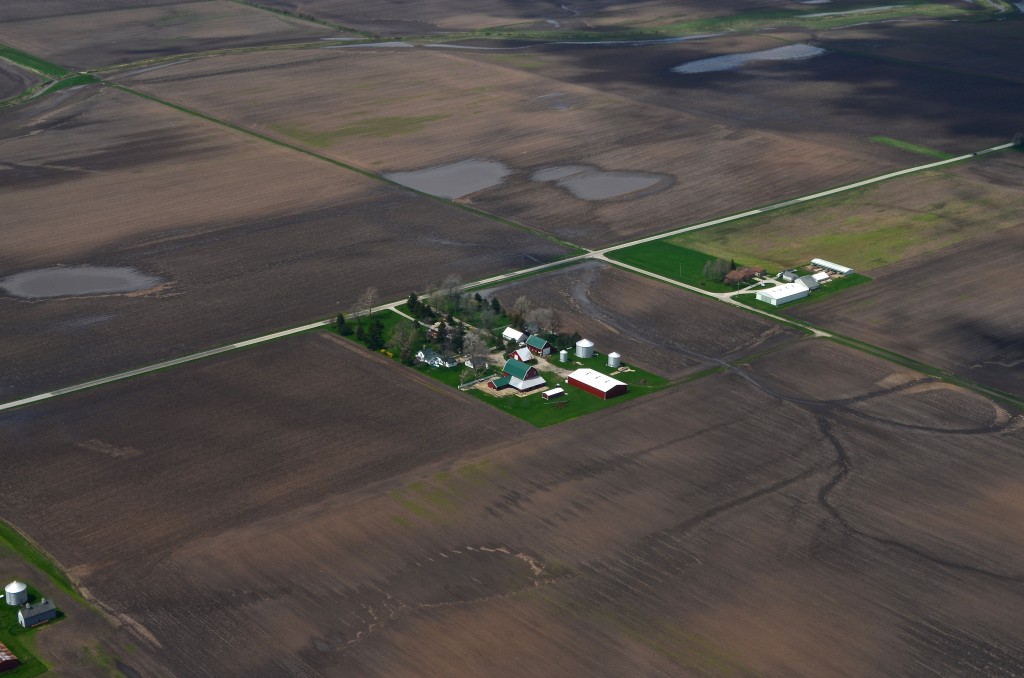 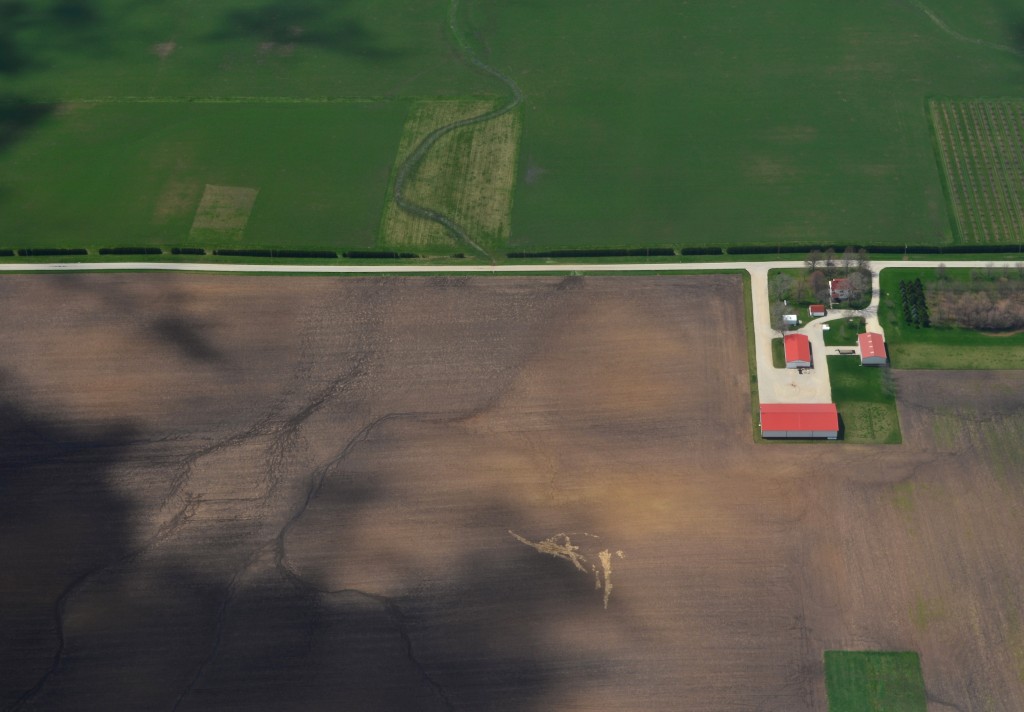 We always go visit Dr. Whiteside’s giant and fabulous garden in Charleston. At this time of year, many magnolias were in bloom… 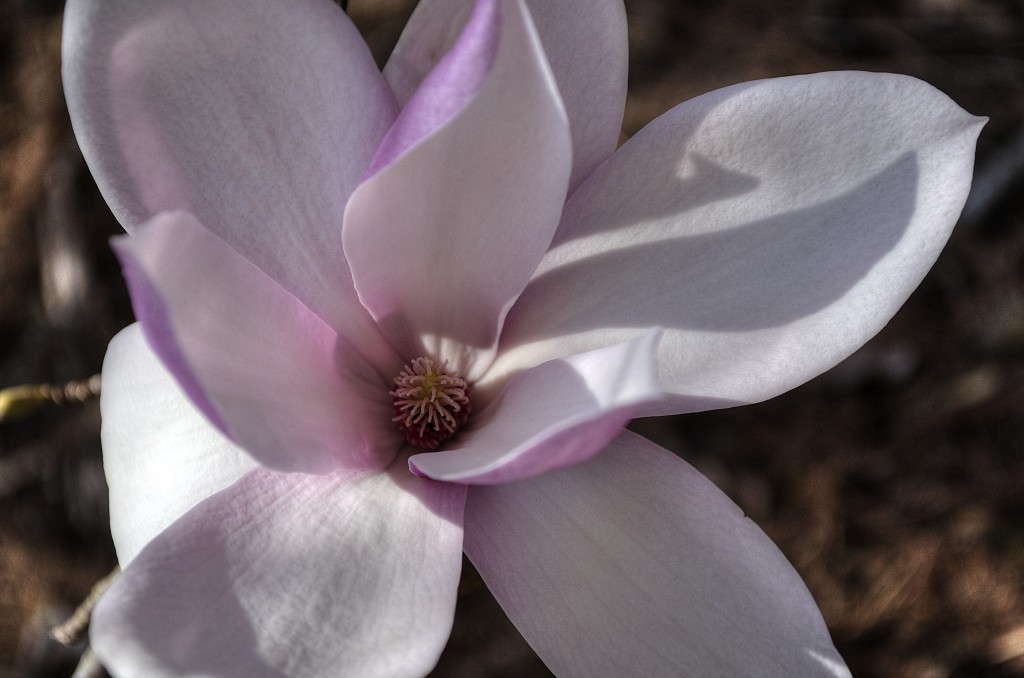 But mainly I loved all the wildflowers. They were just rampant, they were deliriously happy and vigorous. Here are a few I don’t think I’ll be seeing around Needham: the spring beauties, big bunch of trillium, bluebells, dutchman’s breeches, and a double form of bloodroot that looked like some kind of water lily or lotus. 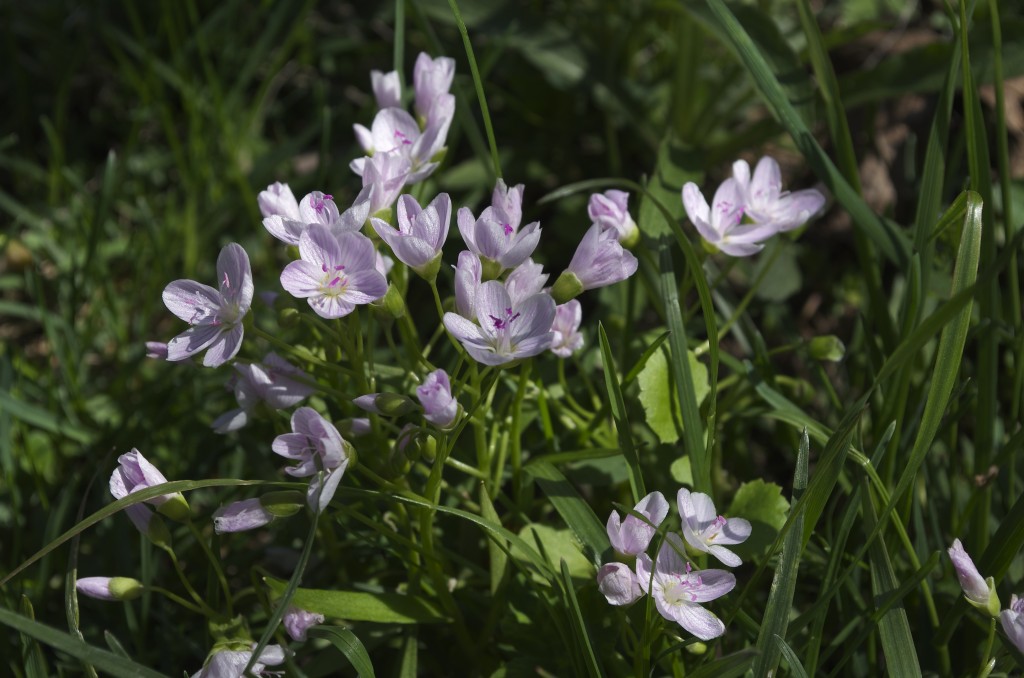 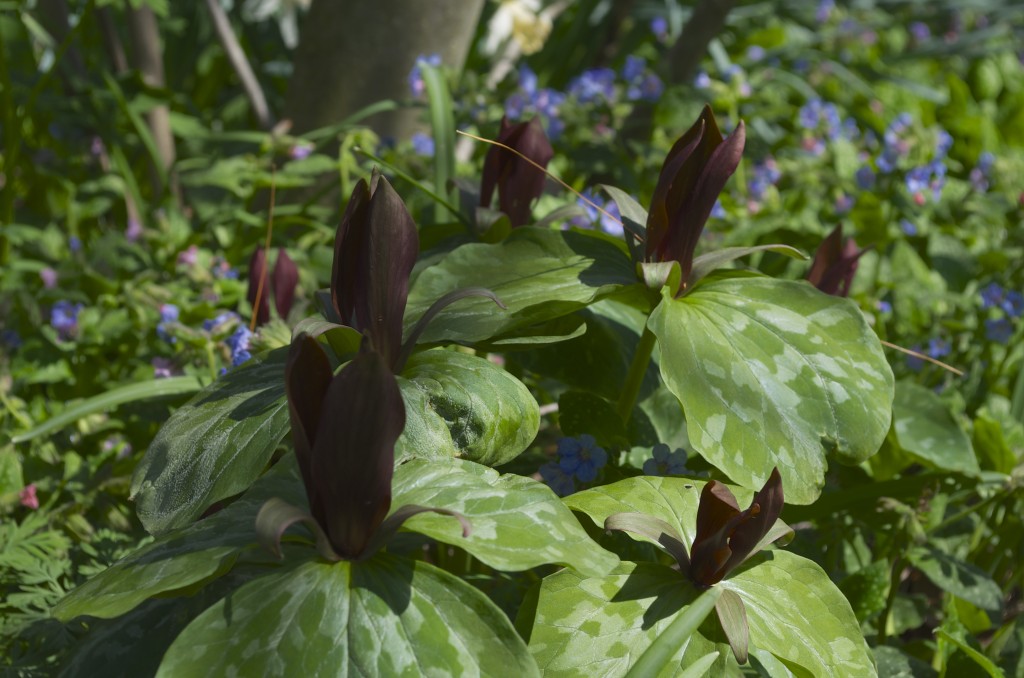 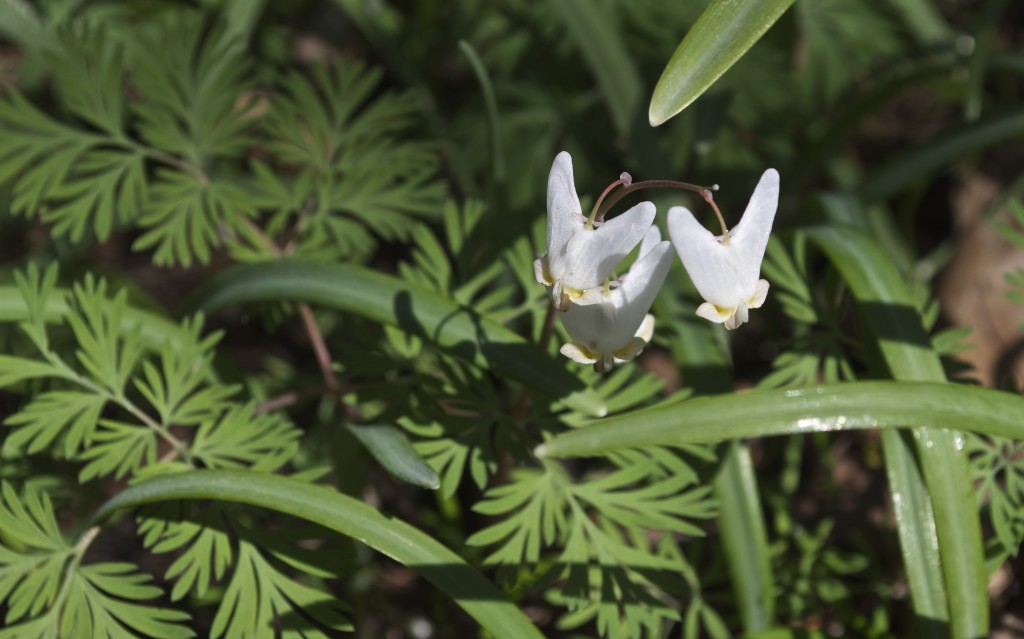 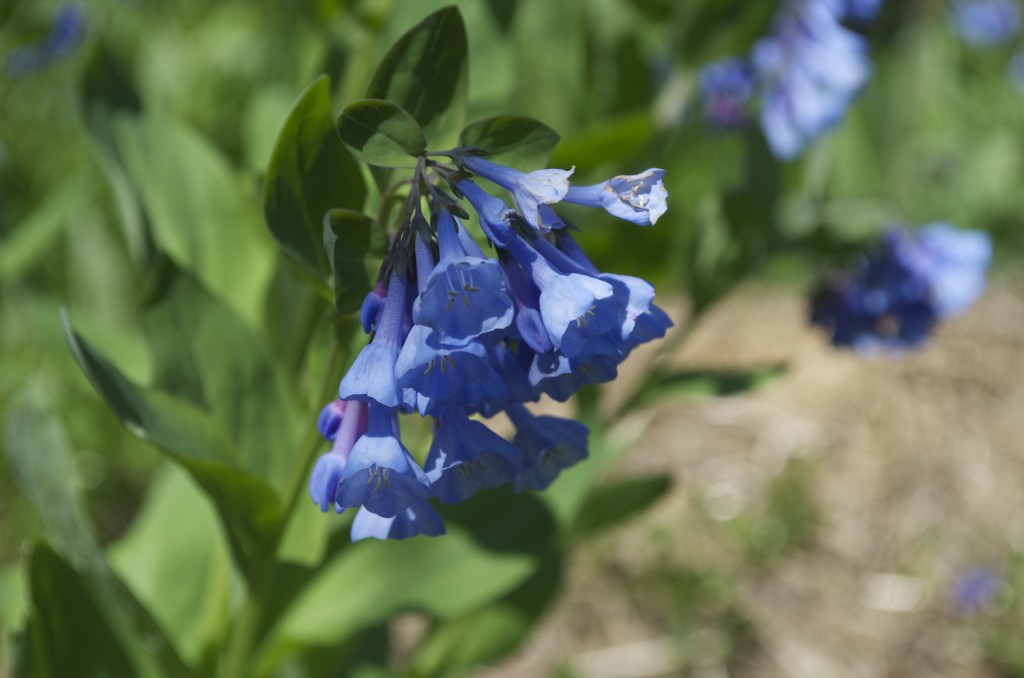 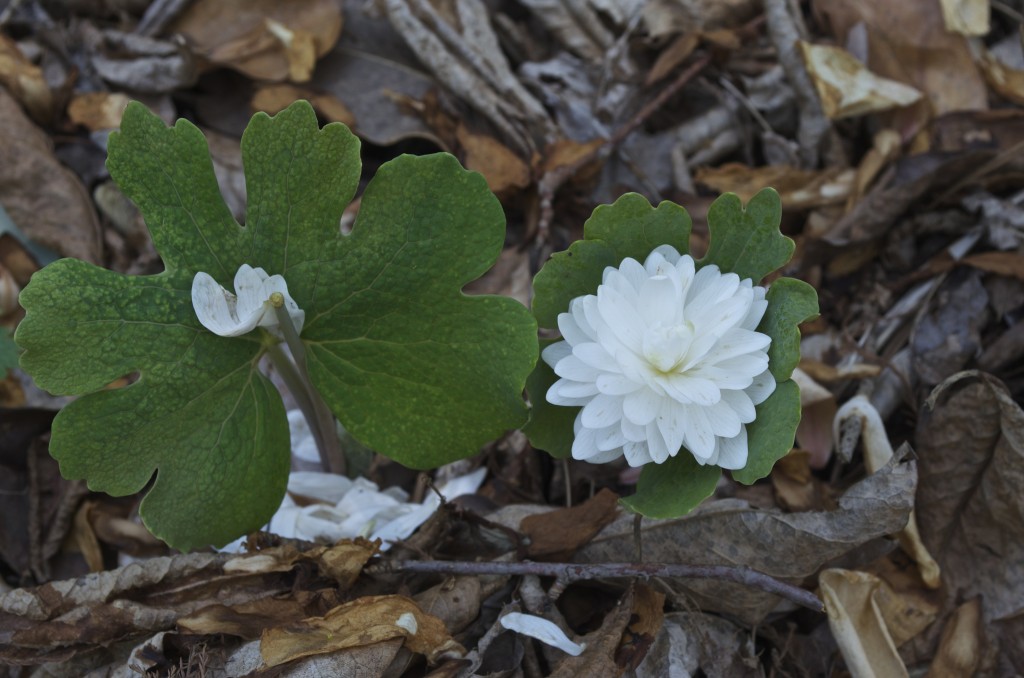 When we were ready to leave, I went to say goodbye to Dr. Whiteside, who was out working in the garden. I asked him about that last one, what was that lovely thing… and he asked would I like a specimen for my garden and of course I would! So we tromped back to that section and he dug up this double bloodroot… and four kinds of european anemone  (single and double white, a blue, and a pale blue), and while we were back there I admired a purple larkspur… so he gave me some of that… and a himalayan maidenhair fern. I felt kind of bad that he was going to so much work for me… but then it seemed like it was kind of his idea and maybe he just really enjoys sharing his garden. (Thanks to Alert Flowerophile Marilyn for grabbing my camera and following us around as Dr. Whiteside so generously dug up all kinds of things he thought I would like to grow.) Photos: April 22. 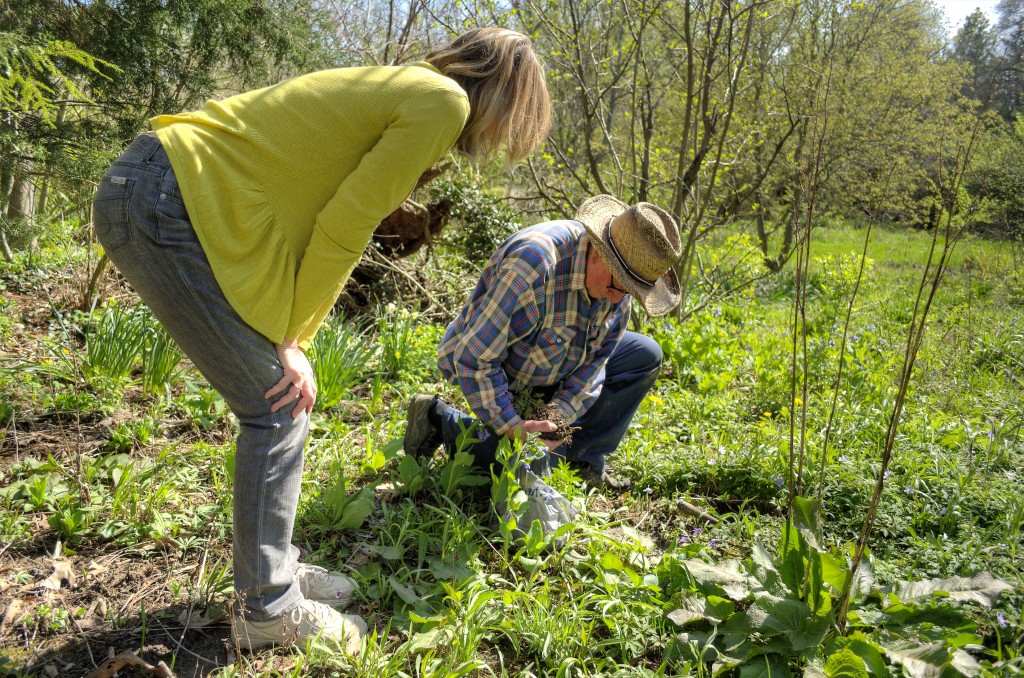 I told him I was flying home. He said no problem, just wrap them in wet newspaper. So my carry-on was a bag of soil and plants. I just smiled a lot at security. 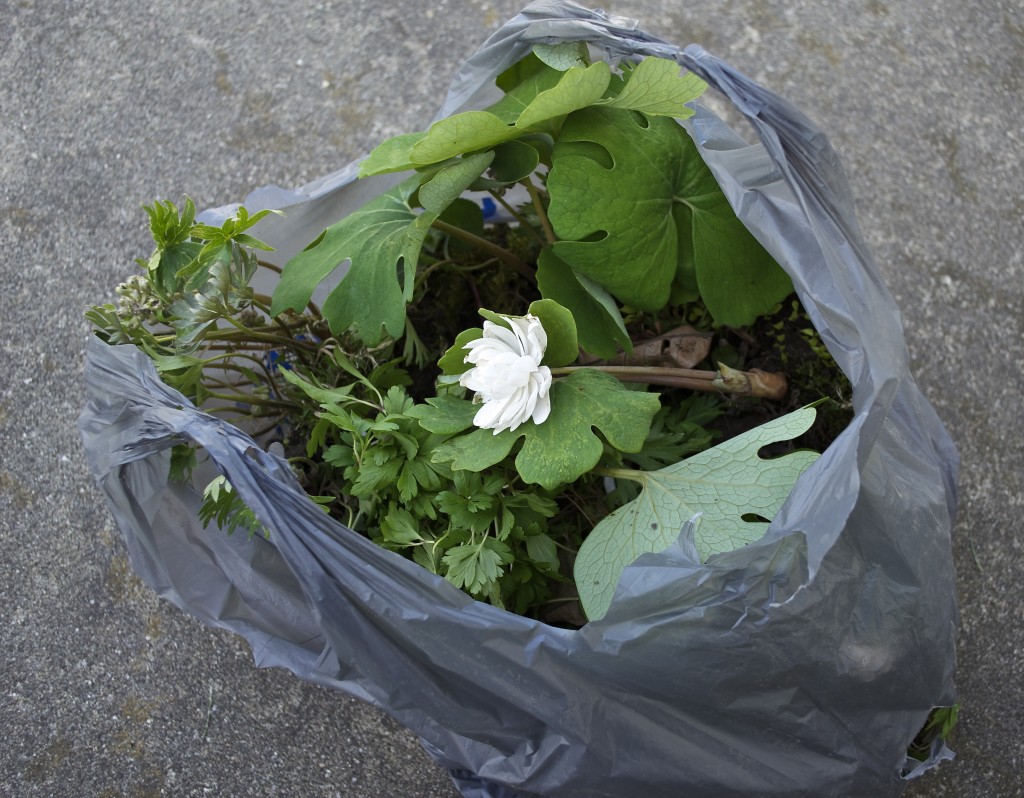